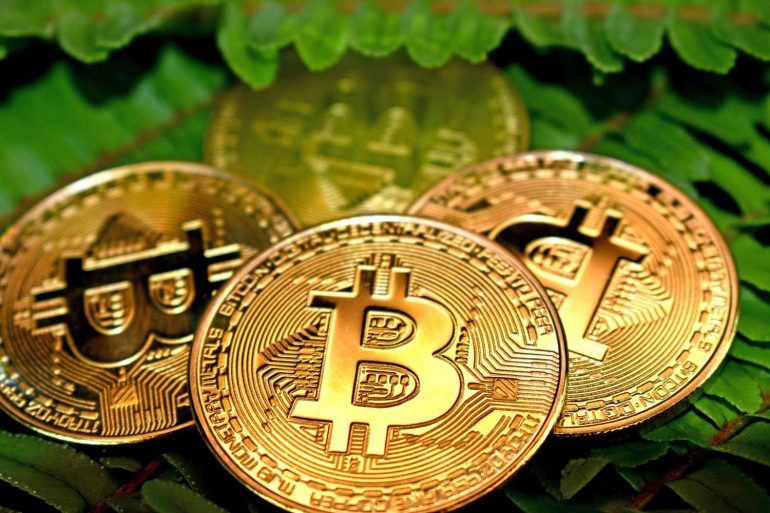 25% of Bitcoin Users Have Fled Since Tesla Stopped Accepting BTC

Bitcoin and Crypto analyst, Timothy Peterson of Cane Island Alternative Advisors, estimates that 25% of Bitcoin users have fled the network since Tesla stopped accepting BTC for car payments. According to his analysis, Elon Musk’s Tweet announcing the decision to halt Bitcoin payments changed the fundamentals of BTC.

His analysis on the impact of Tesla stopping Bitcoin payments can be found below alongside a chart demonstrating the decision’s impact on the BTC network.

Musk’s May 12 bitcoin tweet has affected fundamentals. I estimate that 25% of bitcoin users have fled since Tesla‘s decision to stop accepting $BTC. Network size is down 45% from the 15 Apr high. Yesterday, Active Addresses hit lowest value since Oct 2020.

Bitcoin is Staring at a Death Cross on the Daily Chart

Bitcoin’s network shrinking by 45% is in tandem with its market pullback that saw it retest $30k in late May. At the time of writing, Bitcoin is trading at $35,900 having failed to recapture the 200-day moving average for close to three weeks.

It is with this price action that Bitcoin and crypto analyst, Rekt Capital, has warned of a pending death cross in the weeks to follow as highlighted in the following screenshot of a recent tweet. 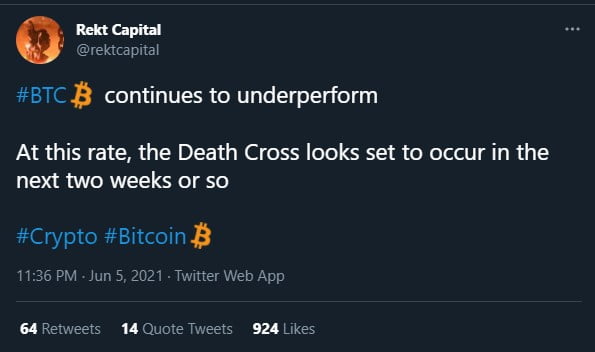 A Death Cross Confirms a Bear Market for Any Asset 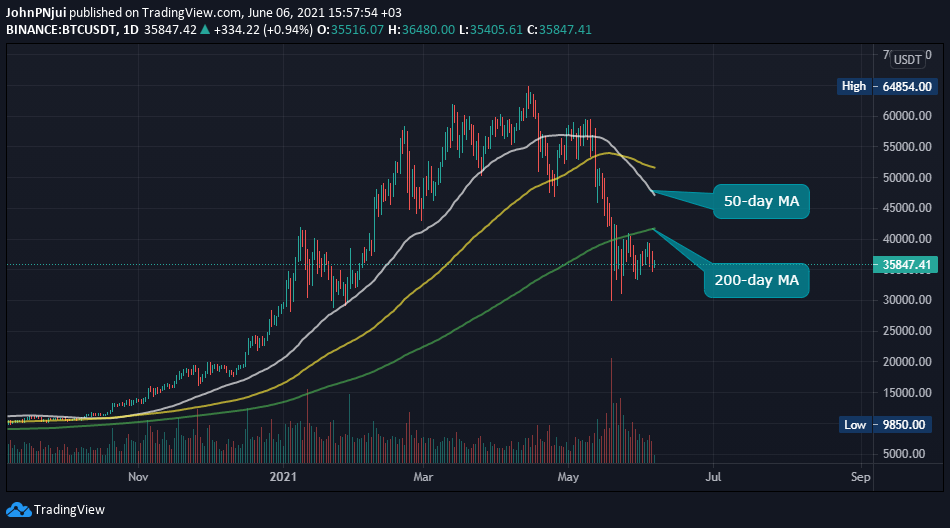