In the past week, 25,600 Bitcoin (worth roughly $1.2 Billion) has left the crypto exchange of Coinbase. This is according to an obervation made by the team at Bloqport as seen in the following tweet.

Institutions Continue to Scoop up Bitcoin

Such a massive amount of Bitcoin leaving Coinbase will most likely end up in the cold storage of one of the several institutions scooping up BTC and adding it to their company’s balance sheets.

The CEO of CryptoQuant, Ki Young Ju, captured one outflow of 13k Bitcoins from Coinbase on the 25th of this month and shared his observation through the following statement and chart.

13k $BTC flowed out from Coinbase a few hours ago. It seems those BTC went to multiple Coinbase custody wallets. US institutional investors are still buying Bitcoin at the 48k price.

This is the strongest bullish signal I’ve ever seen. 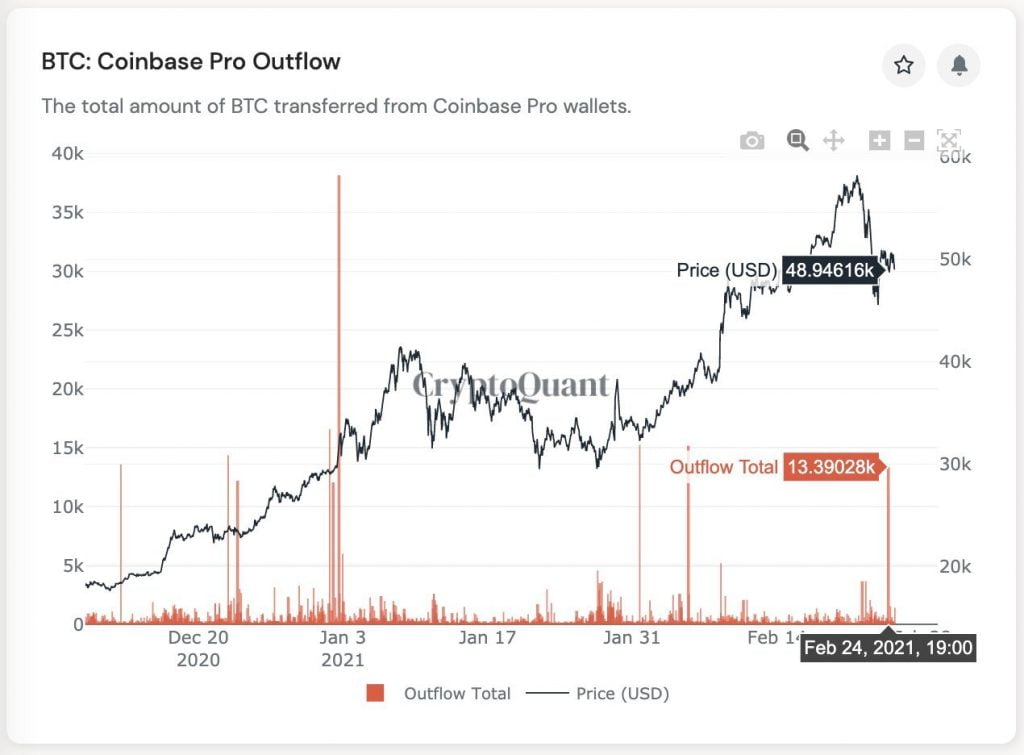 At the time of writing, Bitcoin is trading at $47,400 in an attempt to capture the $48k price area as support. The latter price area will be crucial during tomorrow’s weekly and monthly close as it will determine whether Bitcoin’s bullishness is maintained through the month of March.

However, the US Congress might have given Bitcoin another lease on life after passing the highly anticipated $1.9 Trillion COVID relief bill. The US Senate is the last hurdle for the bill to be approved. Chances are, it will sail through with minimal resistance as the Democrats control the upper house.

The new stimulus bill will provide $1,400 payments for each individual US resident with the same amount for each dependent. Therefore, the selling pressure expected during the weekly and monthly close might just be minimal with crypto traders anticipating that a majority of the funds sent to US residents, will be used to purchase crypto.