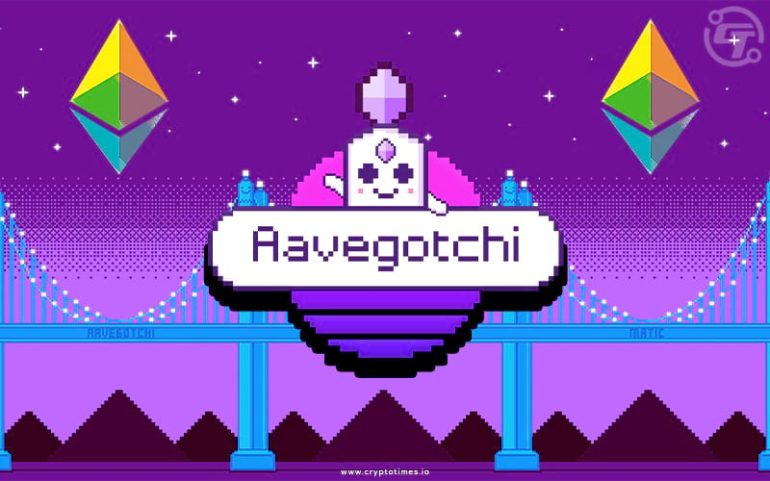 Aavegotchi and the Gotchiverse

Pixelcraft Studios, the team behind the digital pets that double down as yield generating NFTs known as Aavegotchis, is launching its play-to-earn metaverse on March 31st. The Gotchiverse is an immersive blockchain Role Playing Game (RPG) that will allow players to earn real money by simply playing the game.

What is an Role Playing Game (RPG)?

Role-Playing Games (RPGs) like Elden Ring, Warframe, and the Assassin’s Creed franchise, are open-world games with loosely structured narratives that enable players to determine their own path.

Campaigns in RPGs have overarching goals that must be accomplished to progress the story, but how players complete those goals is determined by their actions and the role they choose to play in the world of the game. For example, perhaps the story requires a player to be at a certain location, but how that player reaches said location is entirely up to them.

Part of the RPG experience is the ability of a player to customize almost every aspect of their in-game life. Players can customize everything from their character’s appearance, including physical attributes and the clothes they wear, to weaponry and armor, abilities, vehicles, and sometimes even houses and properties depending on the title. These customizations are made through upgrades in equipment that players receive by completing side quests, collecting resources, and progressing the overall story.

With the release of the play-to-earn Gotchiverse built on the Polygon network, players can enter the immersive world to earn money and stake real value by simply playing the game.

What is an Aavegotchi?

Aavegotchi’s themselves are playable NFTs that take the form of pixelated ghosts. They live within the realm of The Gotchiverse and are the web3 avatars used in the game.

Aavegotchis can be customized with Wearables to appear any way a player wants.

How Does The Play-To-Earn Structure Work?

So how does Aavegotchi’s play-to-earn structure work, and how do people earn money for playing the game?

Traditional RPGs have players farm and gather supplies as they explore to use them towards character upgrades. For example, in Red Dead Redemption 2, players hunt wildlife to trade pelts and meat for ammunition and new weapons.

In Aavegotchi, players collect four different elements called Gotchus Alchemica, which are the natural resources, or raw materials of the Gotchiverse. The four types of Alchemica are named after familiar terms in crypto and NFT space, FOMO, KEK, ALPHA, and FUD.

The tokenized in-game resources that players will collect and farm to earn.

The goal of The Gotchiverse is to collect as much Gotchus Alchemica as possible because the more a player has, the more they can earn.

The Utility of Gotchus Alchemica

Gotchus Alchemica can be held to accumulate value or used towards crafting and upgrading installation NFTs in The Gotchiverse. Harvesters, reservoirs, and defensive walls are just some of the installations  that can be crafted using various combinations of these tokens. These upgrades take the form of NFTs that can improve earning productivity and potential within the Gotchiverse and increase the value of the land parcel they are placed on.

Beyond the four ERC20 tokens offered in the Gotchiverse, AavegotchiDAO is governed by its native utility token, GHST. GHST can be bought and swapped on the GAX and players who hold it can participate in the governance of The AavegotchiDAO, one of the world’s most active DAOs by voting on new proposals to be implemented into the game. However, the real utility of GHST comes from what it enables players to do in-game.

Aavegotchis are summoned through portals that bring them to life. This process requires GHST to purchase a portal. So, the GHST token is essential in the Gotchiverse because not only is it the primary way of acquiring new Aavegotchis, but with it, a player can also purchase wearables for their Aavegotchi and plots of land in the Gotchiverse known as REALM parcels.

The Gotchiverse goes live on March 31st, 2022, setting the bar for play-to-earn higher than ever. Mark the date on your calendar and get ready to start playing and earning!