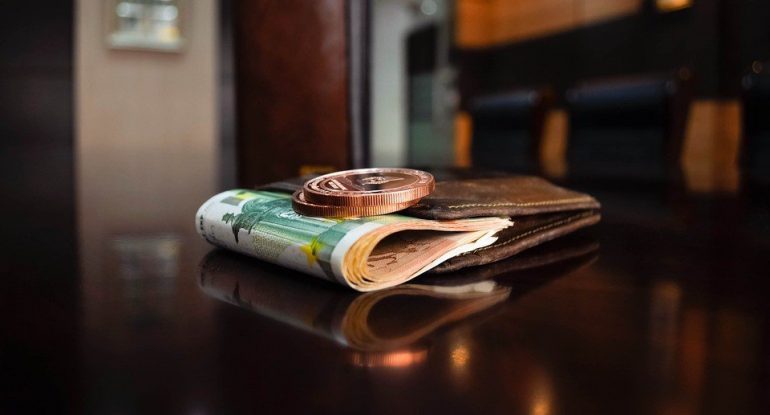 Bancor, a Zug, Switzerland-based company focused on creating a protocol for converting and exchanging smart tokens, raised $153 million through an initial coin offering (ICO) in June 2017. The platform has also attracted a relatively large number of users to its decentralized token network in the past few years.

However, Bancor’s native BNT token recently dropped to an all-time low of around $0.44 after trading as high as $4.49 in July 2017. Despite having lost most of its value, the project’s primary investors are still holding their BNT tokens.

Yoni Assia, the CEO at giant social trading platform eToro, referred to Bancor’s token sale as a “pivotal” moment for the cryptoasset industry. Assia also revealed that he’s holding his BNT tokens because he believes the Bancor protocol will provide long-term value to the digital asset ecosystem.

As a platform that offers liquidity for ERC-20 tokens and various other cryptos by using BNT as the central, marketing-making currency, the Bancor network has regularly attracted between 100-250 users each week (according to Etherscan data).

Bancor to Prevent U.S. Traders from Using Its Platform

The significant drop in BNT token’s price may partially be attributed to the lack of regulatory clarity regarding the sale and purchase of many of the tokens available on the Bancor platform. On July 8, 2019, the crypto startup announced that it would not be offering its services to Americans, citing “increased regulatory uncertainty.”

Traders mainly use the Bancor platform for seamlessly converting between different tokens as the protocol allows users to trade cryptocurrencies without having to use an exchange or entering buy and sell orders.

Bancor users told Coindesk that the smart token network helps them to look for arbitrage opportunities for major digital assets such as Ether (ETH) and EOS. Michael Safai, the founding partner at Dexterity Capital, explained that his company used Bancor for arbitrage strategies.

Safai also mentioned that many traders had been entering simultaneous orders on Bancor and EtherDelta (a decentralized exchange for trading ethereum tokens). After placing orders on both platforms, the traders would commit to the more profitable deal and back out of the other one.

Safai revealed that these types of trades usually ranged between $10,000-$100,000. He further noted that institutional investors used the Bancor network to control the market for several ERC-20 compliant tokens.

Going on to describe the process, Safai remarked:

“It’s kind of like putting your hand, hand over hand, on a baseball bat to see who goes first. We saw people take losses, actually pay more in gas just to fight people. It was like a winner takes all game.”

“An Easy Way to Trade Tokens, Protects My Identity”

However, Safai pointed out that this type of trading became less common in 2018 due to increased regulatory oversight. But traders located outside the U.S. such as Turkish crypto investor Furkan Ahmet told Coindesk he trades around $10,000 worth of digital assets on Bancor each month.

“It is an easy way to convert tokens and it protects my identity. Generally, I use Bancor for trading. Bancor offers the use of my wallet or tokens without limitations.”

According to one Bancor project advisor (who chose not to disclose his identity), the smart token platform is most likely not worth the huge amount its founders raised. The advisor also claims that the Bancor team is doing “all sorts of other stuff” with the capital they acquired during the project’s ICO.

Documents filed with Israel’s Corporations Authority by Bancor co-founders Galia and Guy Benartzi revealed that both of them have acquired shares in BlockchainIL, a Tel Aviv-based management consulting firm. They also reportedly own shares in LiquidEOS, an EOS block producer and “think tank”, and LiquidApps, a blockchain development solutions provider.

Billionaire crypto investor Tim Draper, who’s currently invested in various initiatives related to the Bancor project, believes the Bancor team has been working hard to create a “new economic system.” Draper said he hopes the crypto network can be practically used for “everything from simple marketplace tokens, to individual tokens where each worker will have a token and employers will have to buy [BNT] to get [employees] to work for them.”

As noted by Bancor’s developers, the platform has launched 148 new tokens so far and several new features have been added such as advanced token analysis tools for Bancor’s web-based app.

While many traders have acknowledged that Bancor can provide liquidity when it’s most needed, the network’s creators may need to take measures to improve security on the platform. In 2018, hackers managed to steal tokens worth $13.5 million from the Bancor platform.