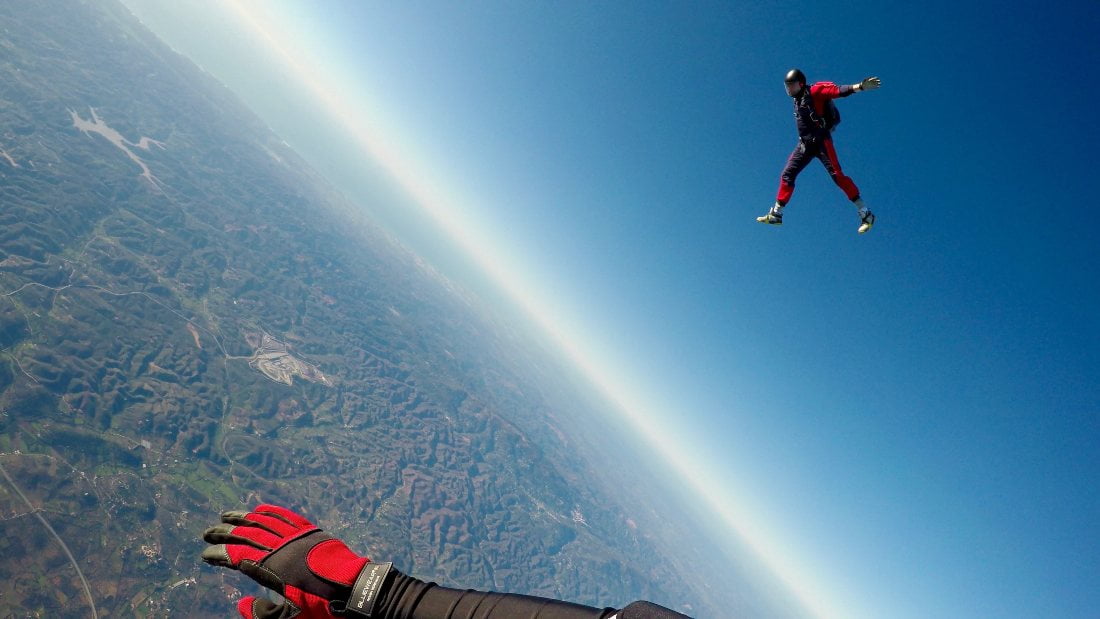 Earlier this morning, and around the weekly close, Bitcoin dipped to $8,890 before bouncing hard to a 24-hour high of $9,350. Today’s Bitcoin action has left many traders excited as the King of Crypto recovered from what looked like a sure dump after a resolution of the Bollinger Band squeeze on the daily chart. This 5% move by Bitcoin, has reignited confidence in the King of Crypto. Bitcoin could be headed back to bullish levels and perhaps a retest of the psychological price of $10,000 in 49 days as earlier predicted.

However, the excitement for Bitcoin bulls might be temporary as the current low volatility of BTC could point to more losses in the crypto markets. According to a recent analysis by Skew, the ten-day realized volatility of Bitcoin currently stands at 20%. The last time it was at this value, was November 2018. Back then, Bitcoin fell from $6,600 to the famous December 2018 bottom of $3,150. The team at Skew highlighted this fact via the following tweet.

Last time we reached that level, we had the great sell-off of November 2018 shortly after pic.twitter.com/7R6NZv6CII

A clearer version of the chart by Skew can be found below. 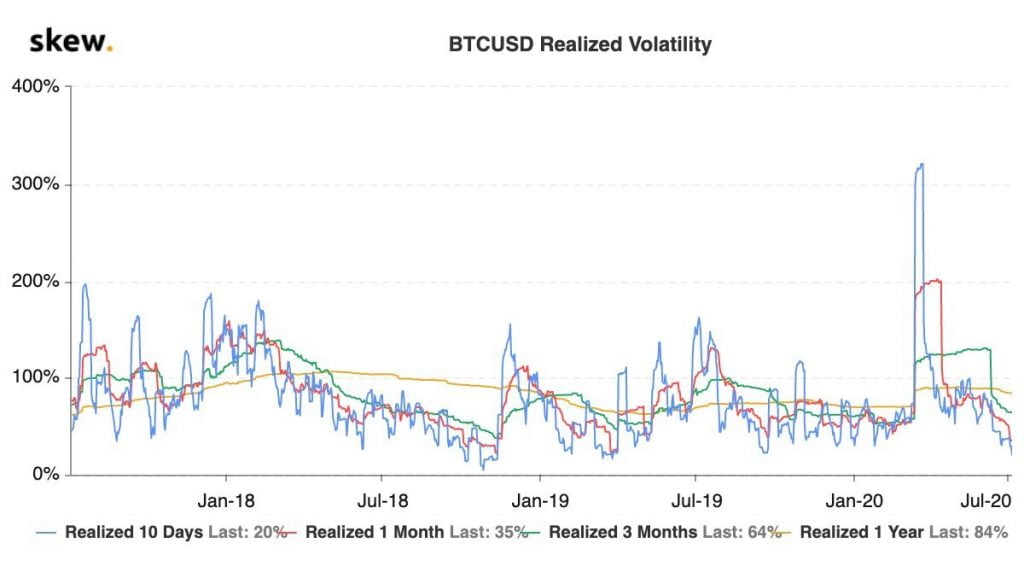 Doing the math, the fall by Bitcoin in November of 2018 was a loss of 52% in a span of a month. Doing a similar projection of Bitcoin using BTC’s current value of $9,313, Bitcoin could fall as low as $4,470 if history repeats itself.

This estimate might not be too far fetched given the fact that Bitcoin has just recovered from the Coronavirus crash of mid-March. During the crypto market panic earlier this year due to COVID19, Bitcoin fell from stable levels of $9,000 to what many believe is the 2020 bottom for Bitcoin at $3,700. This dip is a 54% drop and higher than what might be in store for Bitcoin if there is indeed another crash.

As with all analyses of Bitcoin, traders and investors are advised to do their own analysis as well as use risk management techniques such as stop losses. Additionally, the use of low leverage on Bitcoin futures platforms is advisable during uncertain times such as now.