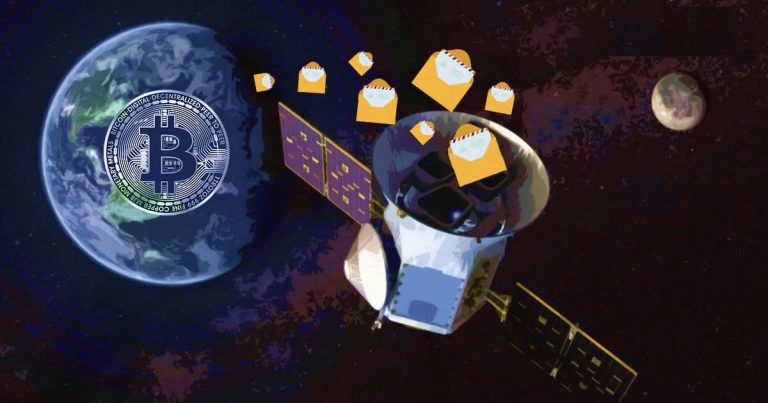 The Canadian company Blockstream has just launched a new version of its satellite network for Bitcoin (BTC) as well as satellite kits for individuals.

The Blockstream Satellite system broadcasts the Bitcoin blockchain to the entire planet all day, every day for free, reducing Bitcoin’s dependency on internet access. By upgrading the Blockstream satellite network which carries the Bitcoin blockchain, the data is now 25x quicker and additional coverage areas, so everyone in the world now has an opportunity to utilize Bitcoin and sync an entire node without having to connect to the internet.

How does it work?

The Geosynchronous satellites, receive the signal from the “teleports” ground units and broadcast it across the globe. Anyone in the coverage area with a USB receiver or small satellite antenna, can receive these blocks & keep their nod always in sync. This way, the whole Blockstream Satellite system shapes a ring around the planet to guarantee that the BTC network has full redundancy.

The Entirety of Bitcoin, Transmitted from Space

“Instead of requiring users to connect their Bitcoin full node to the internet for the initial sync—as was the case with 1.0—Blockstream Satellite 2.0 now enables full history synchronization! Blockstream Satellite users can hook up a Bitcoin full node and fully download the entirety of the Bitcoin blockchain, from the original 2009 genesis block right up to today’s latest transactions…absolutely no internet required!”

This development follows the launch of the 1.0 network in August 2017, as well as the update that extended network coverage to the Asia-Pacific region (in addition to South America, the Europe and Africa), and the launch of the beta API of the Blockstream satellite (Lightning-powered message API). The 1.0 network will be deactivated on June 1, leaving the hardware still compatible with the 2.0 network, but requiring a software update and the switch to the new 2.0 service.