Veteran Bitcoin analyst, Willy Woo, has shared his 2021 outlook of BTC. According to Mr. Woo, Bitcoin could reach $200,000 by the end of next year. However, he explained that this forecast is a conservative estimate and Bitcoin could very much be on a path towards testing $300,000. Additionally, Mr. Woo pointed out that the majority of Bitcoin investors bought BTC below $8k.

His exact statement and accompanying chart demonstrating his analysis can be found below.

My Top Model suggesting $200k per BTC by end of 2021 looks conservative, $300k not out of the question. The current market on average paid $7456 for their coins. You all are geniuses. 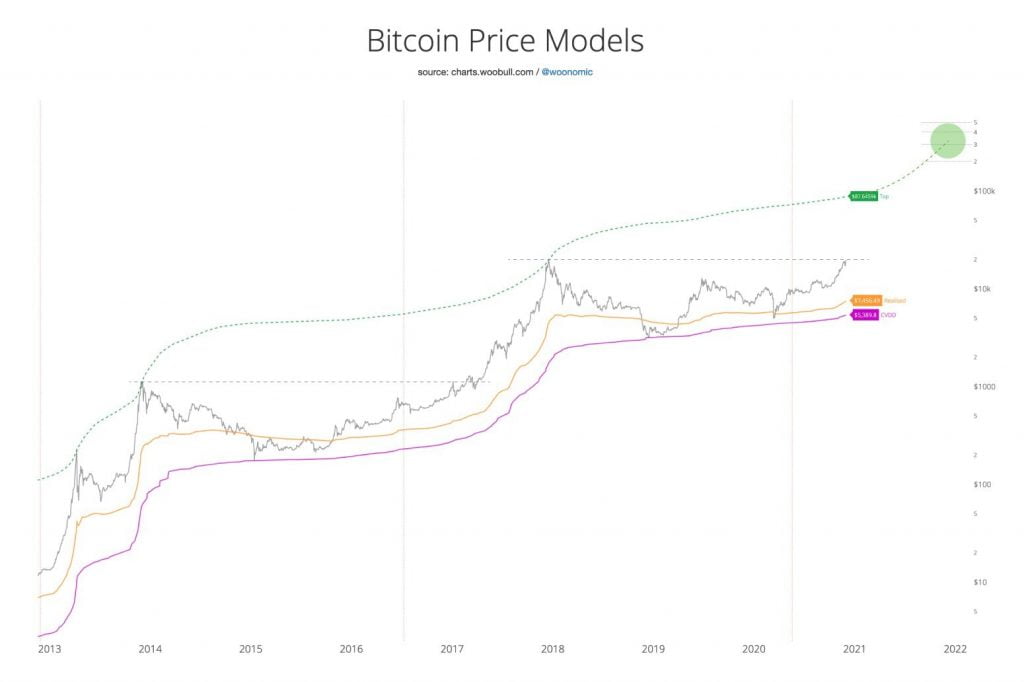 Depletion of Bitcoin on Exchanges ‘Will Send BTC’

Mr. Woo also reiterated the fact that Bitcoin stored on crypto exchanges was dropping and that with time, the scarcity will ultimately lead to the value of BTC going up considerably. His exact analysis and accompanying chart can be found below.

I’ve never been so bullish for 2021. This re-accumulation phase coincides with spot market inventory depletion roughly 2x longer and deeper than the last cycle. It will send BTC. 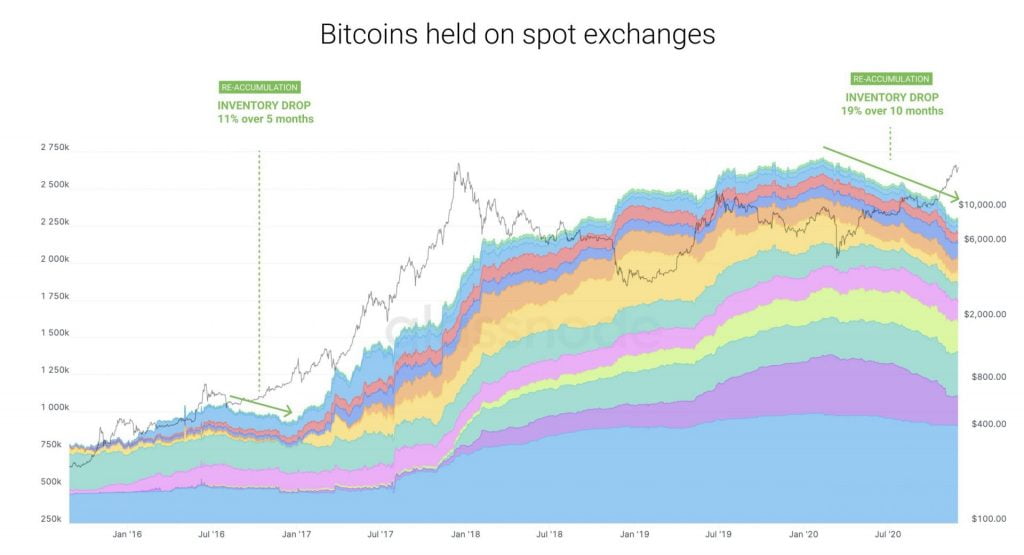 Willy Woo concluded his 2021 forecast of Bitcoin by pointing out that investors’ reflexivity has been increasing.

Reflexivity in simple terms is the phenomenon in which investors believe in the fundamentals of an asset to the point they are not willing to sell it. This thus results in the price of the asset continually gaining in value as the fundamentals surrounding the asset are accepted as the truth. This is the feedback loop Mr. Woo is referring to.

In a November 27th Tweet, Willy Woo further explained that in past bull-runs, investors had weak hands and reflexivity was not as effective.

Reflexivity is the notion of investors not willing to sell as price climbs, creating a feedback loop. This bull market is quite unique; reflexivity is INCREASING. Contrary to belief, Bitcoin was NOT very reflexive during past bull runs, old hands would sell into price rises.