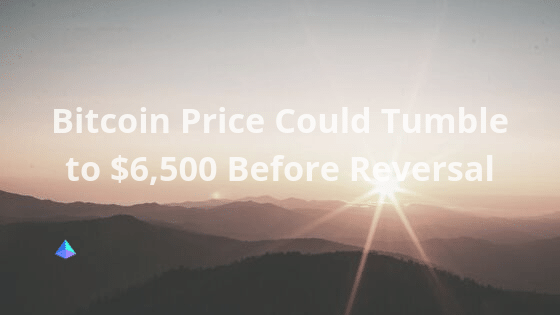 Historical Precedent: Bitcoin Price Could Tumble to $6,500 Before Reversal

Sorry bulls, bears are still in control of the Bitcoin market.

On Sunday, the cryptocurrency market began to trend lower, with bulls failing to step in to facilitate a strong weekly close. While Bitcoin has remained relatively steady, it is currently trading decisively under the key $8,000 support level, changing hands for $7,850 on most exchanges.

A majority of altcoins, save for XRP and Tron, have followed Bitcoin’s unfortunate trend, posting losses or slight gains as bulls haven’t managed to mount a recovery just yet.

While many are expecting a reversal, especially considering the non-stop downward price pressure that Bitcoin has been subject to over recent weeks, there is evidence that the cryptocurrency market has yet to bottom. Ouch.

Bitcoin Has Room to Drop

While there has been some discussion of $7,700 being the bottom for Bitcoin’s recent price decline, some eyes are still on lower targets.

Brave New Coin analyst Josh Olsewicz recently noted that Bitcoin is currently trading 20% from the Kijun (baseline) band of the one-day Ichimoku Cloud. While some may see this as a sign that BTC is currently extremely oversold, Olsewicz notes that 35% to 60% off the Kijun is historically where Bitcoin reverses a trend.

price 20% off from the kijun here

35-60% off has been the historical reversal point

Olsezwicz is far from the only analyst eyeing $6,500.

Josh Rager, a prominent industry investor and analyst, quipped earlier this month that he expects for Bitcoin to fall all the way to the mid-$6,000s, potentially marginally lower, as that is where there is a confluence of buying and historical support.

Not All is Lost

Not all is lost though. Per previous reports from Ethereum World News, the GTI Global Strength Indicator, which Bloomberg describes as “a measure of upward and downward movements of successive closing prices,” recently printed a buy for the first time since the cryptocurrency bottomed at $3,150 in the middle of December.

“The Bitcoin maturation process will accelerate into the year-end as volatility declines in a more subdued price-appreciation process… The initial euphoric transition to a bull from a bear market is over, which should lead to an extended consolidation period, but with positive bias for similar reasons as gold.”