The number of Tweets about Bitcoin has hit a 24-hour all-time high of 232.7k. This milestone was captured by the team at The Tie who also pointed out that the record was set yesterday, May 20th. The team went on to share the following chart that provides a visual of the increased tweet volume related to Bitcoin. 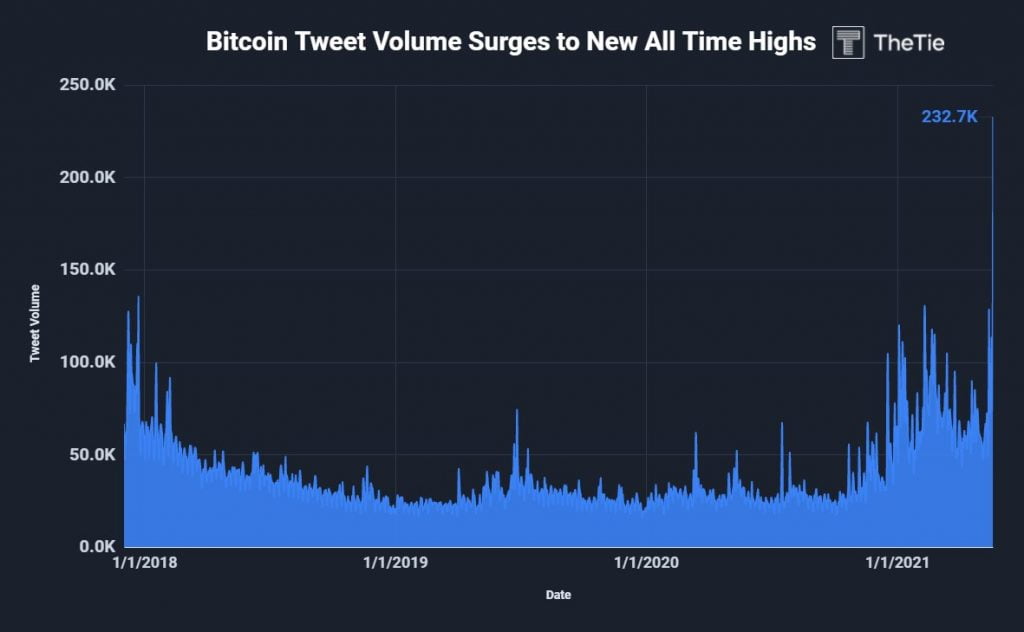 Tweets on Bitcoin Hint of Fear and Panic by Crypto Traders

The team at Santiment feed also explored the current sentiment surrounding Bitcoin on Twitter and concluded that the ongoing FUD has caused crypto traders to enter into panic mode. They also cited that the Bitcoin funding rate on Bitmex had gone into record-breaking territory of -0.25% that indicates that shorts have overwhelmed long positions. The team shared their observations through the following statement and accompanying chart.

Whether it’s FUD in the Tweets, or blood in the streets, it’s clear that crypto traders are in panic mode. The Bitmex contract funding rate, which tracks the ratio of longs vs. shorts, is revealing the lowest rate (-0.25%) since post-Black Thursday. 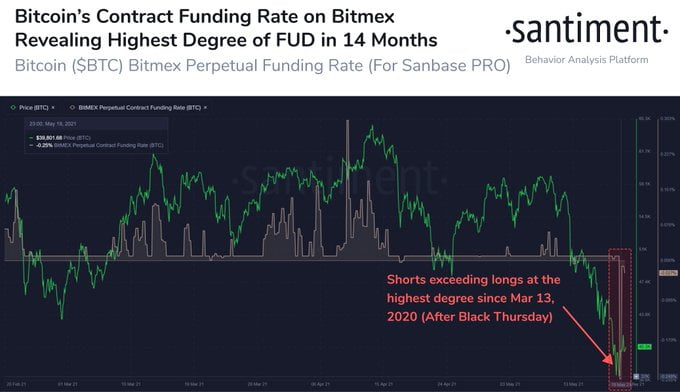 Bitcoin Traders on Twitter Are Optimistic that $50k will be Reclaimed

The team at Santiment went on to post a Twitter poll asking whether Bitcoin will reclaim $50k or retest the recent low of $30k. At the time of writing, over 1,400 Twitter users have responded with 52.4% for the idea that Bitcoin reclaims $50k moving forward. The Twitter poll can be found below.

Which price will #Bitcoin touch next?

$42k Is Proving to be a tough hurdle for Bitcoin

Once again, this price area will be a tough one to break as was the case back in early January when Bitcoin posted a new all-time high of $41,950. The King of Crypto would go on to consolidate between this level and $28,800 for the rest of the month, before breaking $42k in early February.

Therefore, if history repeats itself, Bitcoin could once again be oscillating between $42k and $30k for a month or so.