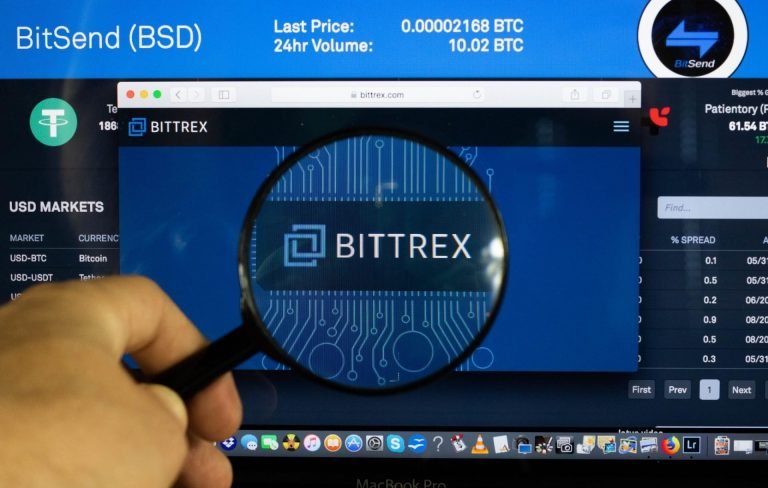 For some reason or another, Tether has started to begin a move off Omni, a chain that is built on top of Bitcoin. The firm’s stablecoin, USDT — which currently sports a jaw-dropping market capitalization of over $4 billion (a bit less than 1% of the entire crypto market’s capitalization) — has historically existed on Omni, leveraging established technology instead of its own blockchain.

Now, Tether has been expanding its horizons, launching USDT contracts on Tron, EOS, and most notably, Ethereum. While EOS and Tron tout very low transaction times, and extremely low fees (or none at all), many service providers in the industry have opted to switch from the Omni version of the asset to the Ethereum iteration, which exists as an ERC-20 token — just like all other popular stablecoins based on the blockchain.

Most recently, Bittrex, the America-centric exchange that has recently delisted a mass of altcoins, has taken the ERC-20 plunge, ditching Omni. This has allowed the company to reduce USDT withdrawal fees by 80%, and also give users a bit more transparency, as Ethereum block explorers are a lot more accessible than their Omni counterparts.

Bittrex’s move follows a similar one from industry leader Binance. As reported by Ethereum World News previously, the world-famous exchange, which is purportedly the largest holder of Tether’s crypto asset, switched its USDT support to Ethereum a month or two back.

These moves should theoretically increase the transaction volume of Ethereum.

This comes as Ethereum’s stablecoin ecosystem has been absolutely exploding. As detailed by this outlet on an earlier date, TradeBlock’s data reveals that the platform’s stablecoins, which includes Tether, Gemini Dollar, Paxos Dollar, USD Coin, and the decentralized Dai, are collectively processing over 50,000 transactions each day.

What’s most notable is that the USD-denominated value of Ethereum stablecoin transactions is expected to surmount that of Venmo transactions this quarter, which is notable in and of itself. Although this is somewhat of an apples-to-oranges comparison, it goes to show how Ethereum has progressed in terms of being a platform for digital payments.

That’s not all. As Placeholder’s Chris Burniske pointed out in his own take on the statistic, Ethereum was “less than 1/100th as extractive as Venmo”, having taken only $875,000 worth of ETH for those transactions compared to $150 million for Venmo. In non-technical terms, the popular blockchain is a cheaper payment solution that Venmo, which should be a narrative that accentuates the power of cryptocurrencies.