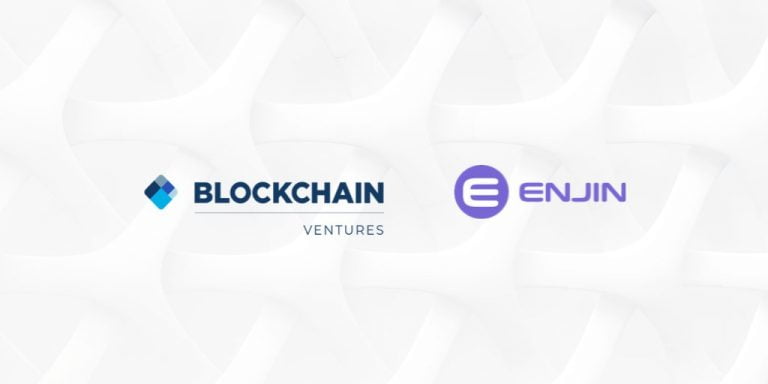 Since its launch, Enjin has been a leader — arguably the leader — of the blockchain and crypto gaming ecosystem. Today (October 22nd as of the time of writing this), it was revealed that big names are taking notice of Enjin’s supremacy.

Revealed in a press release shared with Ethereum World News regarding the news, Blockchain.com Ventures — the venture capital arm of storied and long-standing cryptocurrency infrastructure provider Blockchain.com — has recently made an equity investment in the project.

The size of the fund’s investment in Enjin was not divulged, yet Yahoo Finance reported in September that the fund’s total principal is $50 million. With this move, Blockchain.com is now the first equity investor in the project.

According to a separate release from Blockchain.com breaking down this news, the fund’s premise is to “power the next wave of blockchain innovation by investing in and supporting great teams using blockchain technology to provide utility to consumers or businesses.” Enjin, in their eyes, fits that bill quite well.

It was written that the Blockchain.com Ventures team sees Enjin as a stand-out project that offers “refreshingly novel functionality” in the gaming world that definitively creates a “new paradigm for the gaming space where users truly own their in-game assets.”

Indeed, as a pioneer of the powerful ERC-1155 Ethereum token standard and as the foremost proponent of blockchain’s use in video gaming, Enjin is carving out its own pertinent niche in one of the fastest-growing industries in the world. As put succinctly by Samuel Harrison, the Managing Partner of Blockchain Ventures:

“We are extremely excited to announce our investment in Enjin. Enjin is a rare example of a blockchain business with meaningful traction that decisively solves a problem that can’t be addressed in today’s centralized computing and database paradigm.”

Enjin’s chief executive, Maxim Blagov, echoed the excitement of Harrison in his own press statement. He said that his company is over the moon about this new partnership with Blockchain, as he believes that the firm’s “expertise” and Enjin’s ecosystem of products and chains can be harnessed in tandem to “advance the industry and bring true ownership and real-life economies to the digital realm.”

It isn’t clear what project the investment will be used for, but Blockchain.com Ventures asserted in its own release that it supports Enjin’s underlying ethos and mission of “bringing real-life economies to virtual worlds and expanding the blockchain gaming universe.”

This large capital endorsement comes as Enjin has been making positive strides in bringing blockchain-centric gaming to a mainstream audience.

As reported by this outlet previously, Enjin previously partnered with HashPort, a Japanese blockchain accelerator, to push for the wider adoption of its products and of the project’s native token, Enjin Coin (ENJ).  Prior to that, Enjin launched its own block explorer to allow for users of ENJ and of ERC-1155 tokens to interact with their digital gaming ecosystems. And, of course, earlier this year the ERC-1155 was approved by developers to become an official Ethereum token standard in a watershed moment for Enjin.

While Enjin’s efforts may seem only for a niche of investors, they aren’t. A prominent industry executive told this writer that with the count of gamers being in the hundreds of millions, appealing to this subset of consumers will be absolutely integral in bringing Ethereum and cryptocurrencies more broadly to the world’s stage. Hence the need for Enjin and the investment from Blockchain.com Ventures.