ChainLink’s Hopes Might Lie With its Previous ATH around $5 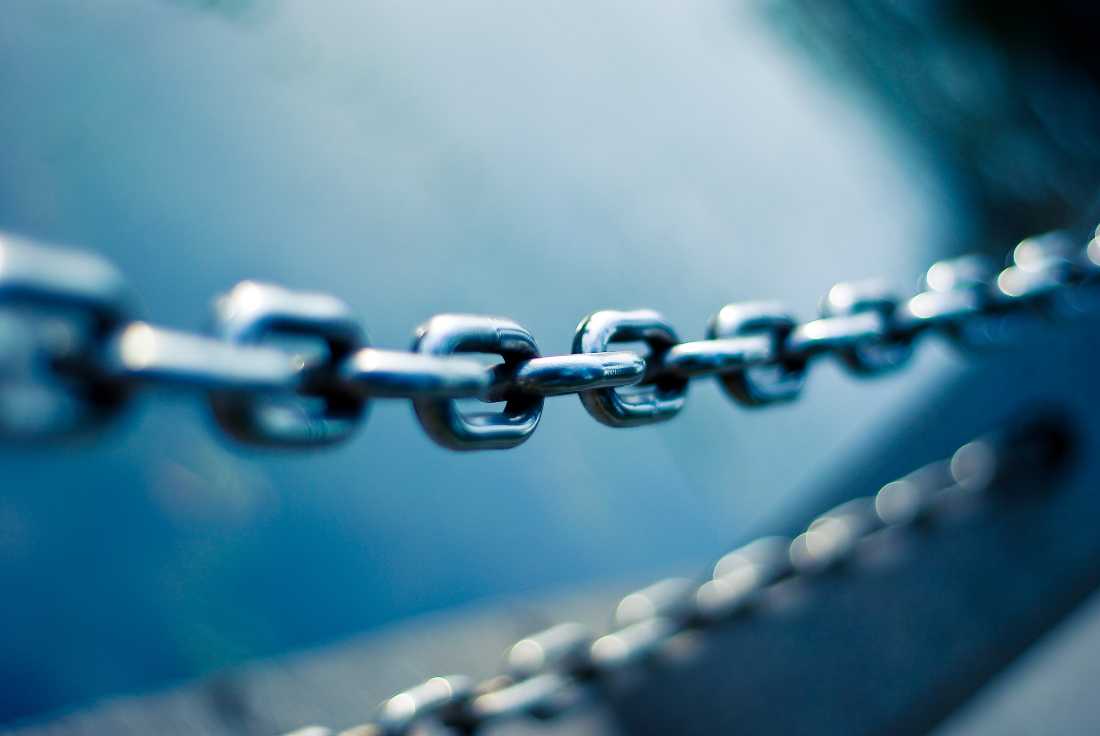 As Bitcoin (BTC) continues on its interstellar mission above $10,000, ChainLink’s fortunes in the crypto markets are in the opposite direction. LINK is in the midst of a normal, yet heavy correction, from its recent all-time high value of $8.92 to its $7.13 value at the time of writing this. Furthermore, LINK seemed to dip harder as Bitcoin pumped with the digital asset falling below $7 to $6.50 – Binance rate – when Bitcoin broke $11k.

LINK is not as Correlated to Bitcoin as Other Altcoins

Unlike most other cryptocurrencies and tokens, LINK was not materially influenced by Bitcoin’s price movements. The merit to this finding lies not only in an investment diversification benefit, but in that almost none of the popular naysay arguments against Bitcoin would have much weight or applicability to LINK.

LINK’s Hope Lie with its Previous ATH Around $5

To get a picture as to when ChainLink might turn bullish again, we visit the daily LINK/USDT chart courtesy of Tradingview.com. 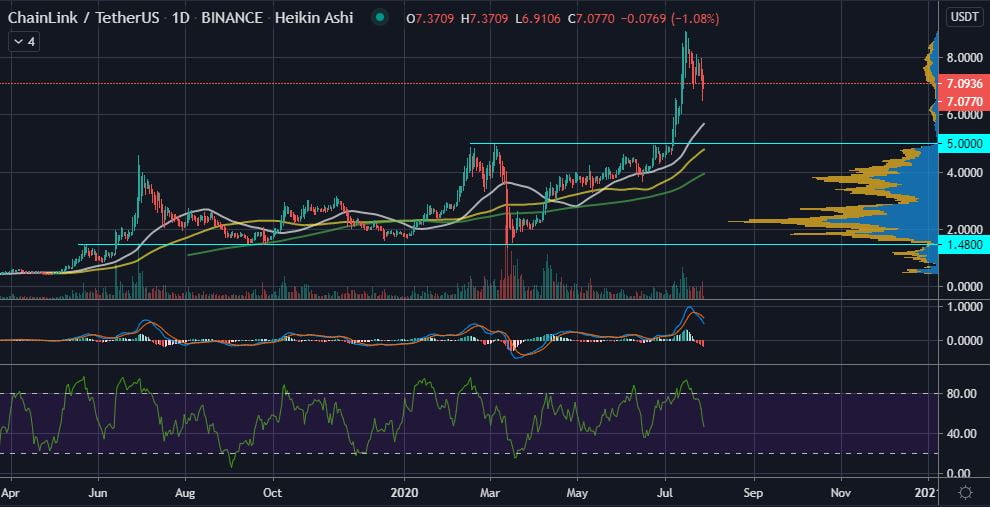 ChainLink (LINK) is in the midst of a heavy correction. The digital asset has proven to not be affected as much by Bitcoin’s price movement. This lack of correlation with Bitcoin might find LINK dropping to as low as its previous all-time high value around $5.

Timothy Peterson, of Cane Island Alternative Advisors, and the investment manager who pointed out LINK’s potential to continually grow based on Metcalfe’s value, also sees one scenario where LINK drops to $5. He made this statement via the following tweet and also cautioned that ChainLink’s growth is an important variable in determining the future value of LINK. 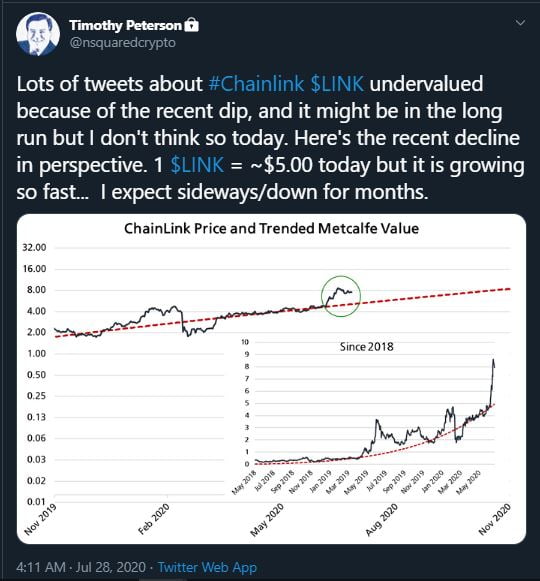 Adrian Mathieu
Adrian is a cryptocurrency trader and writer since 2014. He follows closely coins such as Bitcoin, Ethereum and NEO to little known ICOs, constantly analyzing crypto markets in order to stay informed.

Chainlink (LINK) Sees a Rise in Development Activity on Github