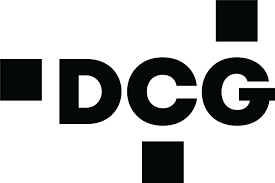 The uncovering of $3 billion worth of liabilities has become the latest development in Genesis’ financial woes. The crypto broker reportedly owes more than $3 billion to its creditors, which include crypto exchange Gemini. The broker’s financial predicament has forced parent firm Digital Currency Group (DCG) to look for ways to raise money.

According to a report by Financial Times, the Digital Currency Group is trying to raise funds for its wholly-owned subsidiary Genesis. People familiar with the matter have revealed that the crypto conglomerate is exploring selling assets from its massive venture portfolio in order to raise fresh cash. The portfolio boasts a vast collection of crypto exchanges, banks, media firms, etc.

DCG owns Grayscale Investments, which issues the Grayscale Bitcoin Trust (GBTC). The crypto empire also includes popular media house Coindesk, as well as investments in popular projects including Circle, Dune Analytics, etc. The portfolio is spread over 35 countries and is reportedly worth $500 million.

The Digital Currency Group is now tasked with raising funds for Genesis, whose debts exceed all the estimates that have been reported until now. The parent firm itself owes more than $450 million to Genesis Capital, in addition to a $1.1 billion promissory note that was issued to bail out the latter when crypto hedge fund Three Arrows Capital collapsed last year.

Genesis’ financial woes have brought DCG founder and CEO Barry Silbert into the limelight. Silbert has been criticized for his subsidiary’s non-repayments, most notably by Cameron Winklevoss, the co-founder and President of the crypto exchange Gemini. Both executives have been involved in a public spat over the $900 million that Genesis owes to Gemini’s customers.