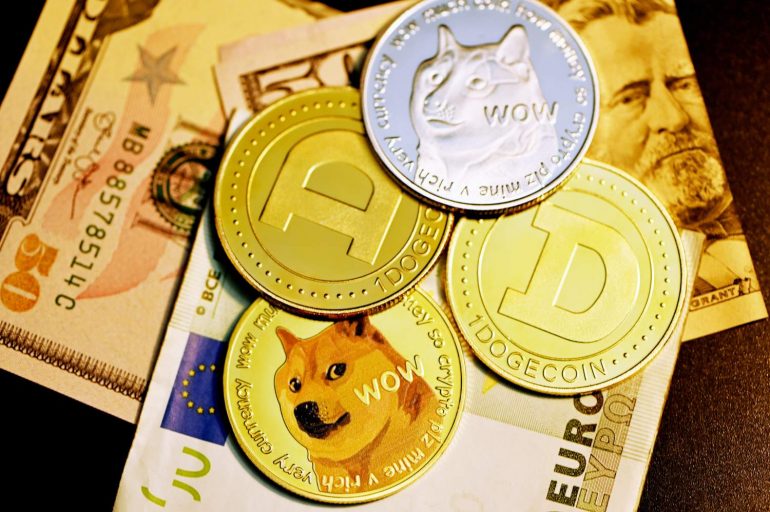 The popular meme-coin of Dogecoin has had an eventful first half of 2021 that saw DOGE become the fourth most valuable digital asset in terms of market capitalization. The latter milestone was the result of DOGE hitting its most recent all-time high of $0.74 as a result of the hype surrounding Elon Musk appearing on Saturday Night Live back in early May.

However, since then, Dogecoin (DOGE) has slowly been losing value and ranking in the top 10 digital assets on Coinmarketcap. Dogecoin is now ranked 7th as seen in the following screenshot courtesy of the tracking website.

Doing the math, Dogecoin has dropped 3 spots on Coinmarketcap in a span of roughly two months. The drop in rankings also coincides with Dogecoin’s pullback from the aforementioned all-time high of $0.74.

At the time of writing, Dogecoin is trading at $0.21 with the 200-day moving average offering an area of solid support at the $0.17 price area, as highlighted in the following daily DOGE/USDT chart. 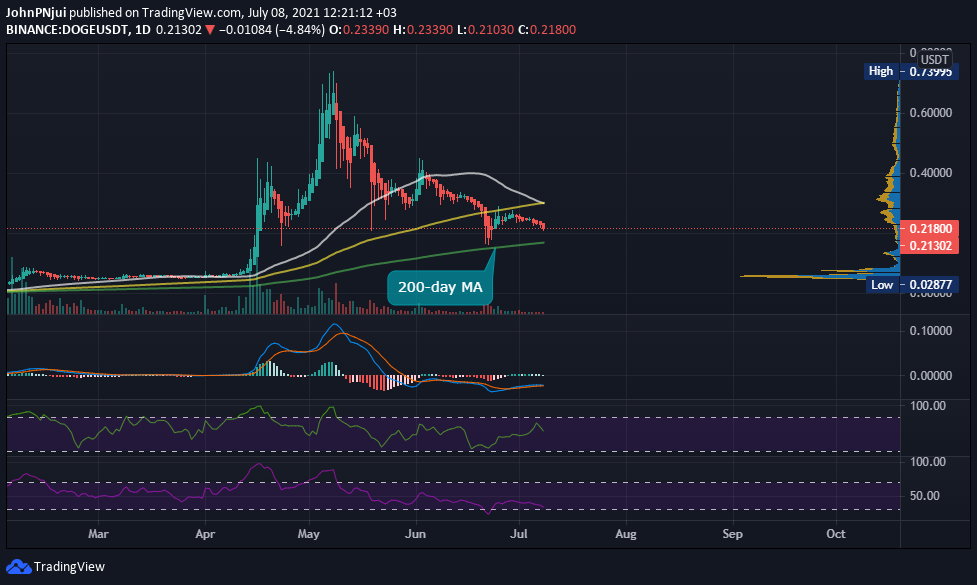 This support at the 200-day moving average will be instrumental in DOGE retaining its ranking above the top 10 digital assets in terms of market capitalization.

As it stands, Dogecoin seems set to test the crucial moving average in the next few weeks leading up to August. This trajectory is further confirmed by the low trade volume and daily MACD pointing towards an ongoing ‘slow bleed’ for Dogecoin. The daily MFI and RSI also confirm an ongoing pullback for Dogecoin.

Therefore, if Dogecoin holds the 200-day moving average, chances are it remains a top ten digital asset. In the scenario where this support zone fails, Dogecoin will enter confirmed bear territory that could lead to a drop to the $0.08 price area in the weeks and months to follow.