There was a change in the crypto weather this week, with bitcoin taking a back seat and altcoins powering forward.

That’s been a rare sight this year. Ethereum (ETH), Ripple’s XRP and Stellar (XLM) have been the standout performers.

Ethereum’s gruelling underperformance against bitcoin reversed to the upside this week, with the original smart contract platform breaking back above $200.

On a seven-day view ETH is 16% higher at $209, at the time of writing. However, the bulls may be about to have a breather.

Vitalik Buterin’s tweet about miners increasing the gas limit to ease congestion on the Ethereum network has raised hopes of developers and investors alike. News that the upgrade path to proof-of-stake is still on for next year has helped firm up buying. 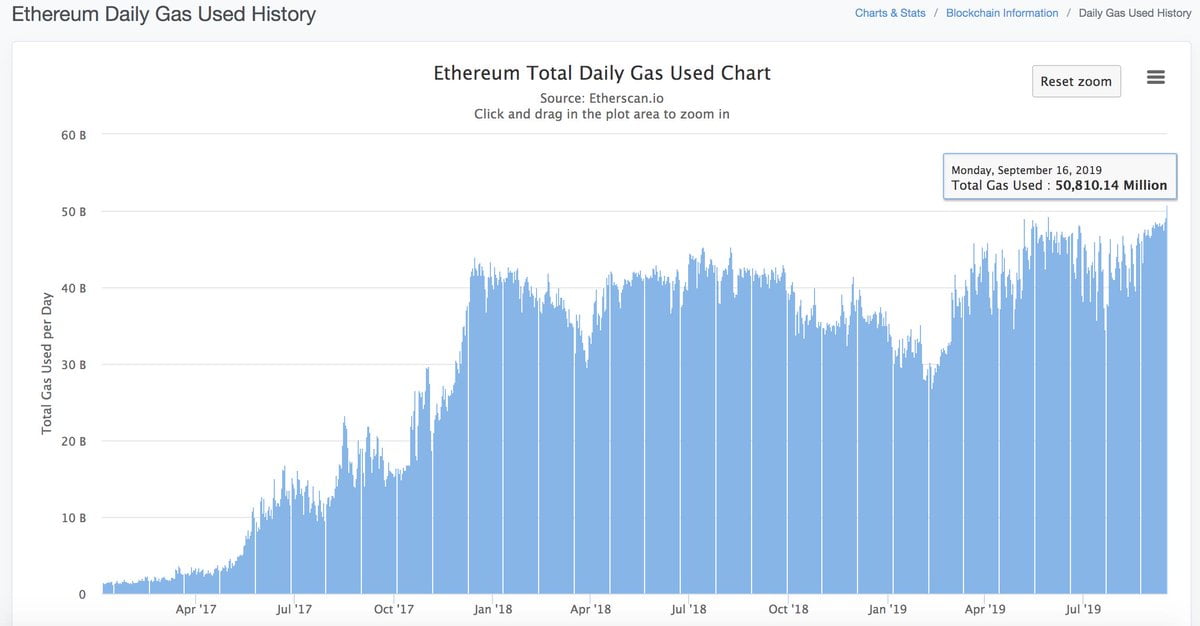 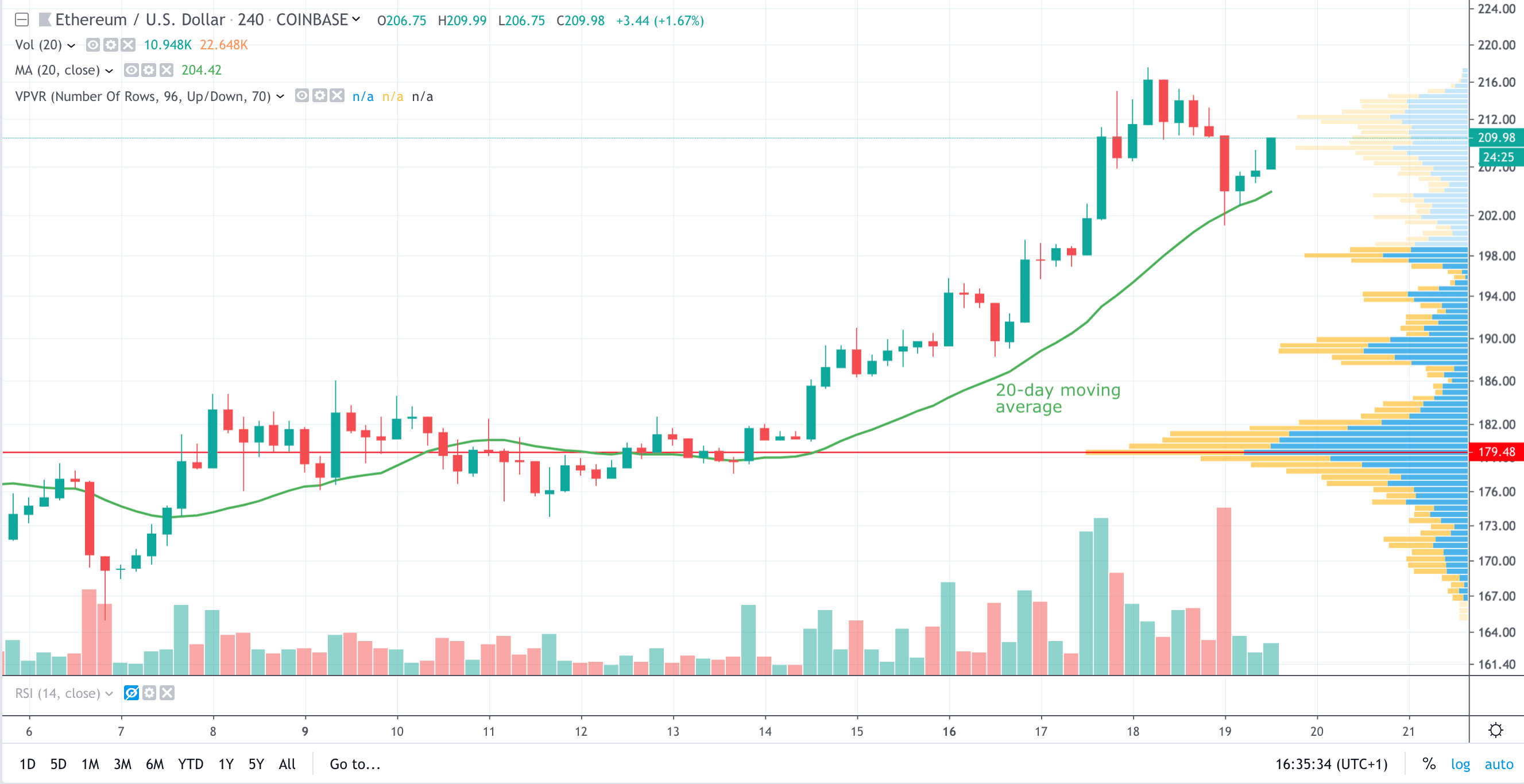 The flashing green screens for alts have brought with it renewed interest in price targets for a range of top coins.

Entrepreneur and author William Mougayar made some interesting calls in a tweet yesterday. Here’s his targets:

KIN, the utility token of the Canadian-based Kik messaging platform is certainly a contrarian pick given its ingoing problems with the US Securities and Exchange Commission charges of promoting an unregistered securities sale parent company Kik faces.

Mougayar’s choice probably reflects the fact that KIN is being used in a growing number of apps – both on Kik itself and in third-party apps that have adopted the token. More trivially, like Kik, Mougayar is Canadian.

Also, Ethereum Classic (ETC) is a surprise selection given its paucity of developer support, although it is much-loved by Barry Silbert of Grayscale Investments.

Catching the eye is Ethereum at $1,000 by year end (a 400% gain), which makes its risk-return profile a much more enticing prospect than bitcoin, the price of which he sees doubling from current price levels to $25,000.

Of course, both predictions could turn out to be just more wishful pie in the sky.

Stellar (XLM) is getting a bit of a reputation for mega airdrops. It has previously teamed up on an airdrop with long-time crypto start-up Blockchain.com.

Now it is giving away two billion XLM tokens to users of the Keybase messaging app.

Over a 20-month period 100 million tokens will be dropped each month into the wallets of Keybase’s 300,000 users.

This is all part of the Stellar Foundation’s masterplan to help kickstart promising projects.

Stellar was founded by Jed McCaleb, a co-founder of Ripple, from which he parted company in 2013 under acrimonious circumstances ending in a financial settlement. Stellar was founded the following year and like Ripple’s XRP, the XLM token is focused on disrupting cross-border payments and much more besides.

Normally an airdrop – which is in effect giving away token supply – the price should be pressured lower. Far from falling, instead the XLM price swelled as much as 30% at one stage.

However, the response of market participants has seen buyers in the ascendancy, presumably on hopes for this and further airdrops will actually spur adoption.

As if by way of confirmation that the altcoin season has not yet returned, today’ sees many prices come off the boil. The notable exception among top alts is XLM which is up 12% in the past 24 hours to $0.0843.

Drone attack – bitcoin (BTC) not such a safe haven after all?

Bitcoin has again failed to mark the week with a sustainable push towards $11,000.

With bullish enthusiasm apparently on the wane, questions about the supposed ‘safe haven’ status of bitcoin were on the agenda this week, courtesy of the drone attack on Saudi oil infrastructure.

Bitcoin did not see prices rise as a response as gold did. Alternatively, the previous safe haven buying was driven primarily by Chinese investors.

The relative quiet on that front may have calmed nerves; so too the slightly less fraught tempo of the struggle in Hong Kong.