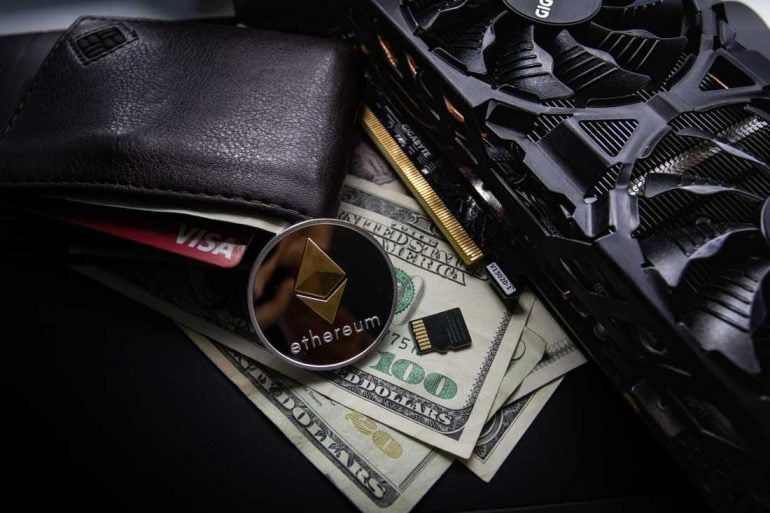 Ethereum Miners Have Been Dumping ETH

Ethereum miners have been selling their ETH in the month of October. This is according to on-chain data courtesy of the team at Santiment feed. The data also provides information that Ethereum that has been dormant in wallets, has been on the move in the past three months.

Additionally, Ethereum’s Twitter sentiment is in bearish territory after ETH dropped below $400. Ethereum’s trade volume on Decentralized exchanges has also declined pointing towards reduced DeFi activity on the Ethereum blockchain.

The above information paints a bearish future for Ethereum and was shared via the following Tweet by the team at Santiment.

⛏️😤 The #Ethereum miners have been dumping, and it appears that last week's increased on-chain activity and trader #FOMO has slowed. We've revealed what the crowd sentiment flip back to bearish means for $ETH, and check in on our top leading indicators. https://t.co/omkTFuQprI pic.twitter.com/8siEpUMbsy

ETH/BTC is Destined to Go Down

When it comes to judging the overall market environment for Ethereum, the ETH/BTC chart is often used to gauge the bullishness of ETH. It is with this time tested method that popular crypto community member Udi Wertheimer, has predicted that the ETH/BTC pair is destined to get weaker. His analysis of Ethereum relative to Bitcoin can be found in the tweet below.

❔why ETHBTC can only go down

➡️ when BTCUSD goes up it sucks up liquidity from alts

➡️ as DeFi turns out to be a clusterfuck, ETH exits liquidity pools

➡️ ETH plebs are mentally poor, their bags will always converge to poordom

What the ETH/USDT Chart Says

Although the ETH/BTC is fairly accurate in judging the overall market health of Ethereum, using it when Bitcoin has gained by almost $3k in the month of October, might skew the analysis. Therefore, analyzing ETH to a stable asset such as Tether (USDT) is an unbiased method of gauging Ethereum’s short term future. 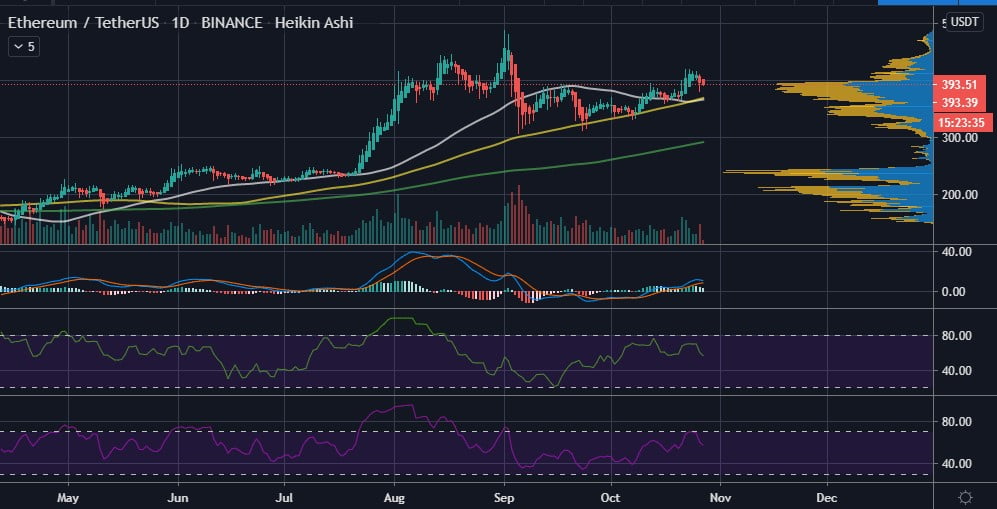 From the daily ETH/USDT chart above, the following can be observed.

Summing it up, the price of Ethereum is headed into bearish territory based on the fact that ETH miners have been selling their bags. Furthermore, ETH’s Twitter sentiment has dropped to bearish territory. Ethereum based decentralized exchanges have also been experiencing a significant drop in trade volume. Additionally, the daily ETH/USDT chart also confirms the bearish environment for Ethereum.

As with all analyses of Ethereum, traders and investors are advised to use adequate stop loss as well as low leverage when trading ETH on the various derivatives platforms.