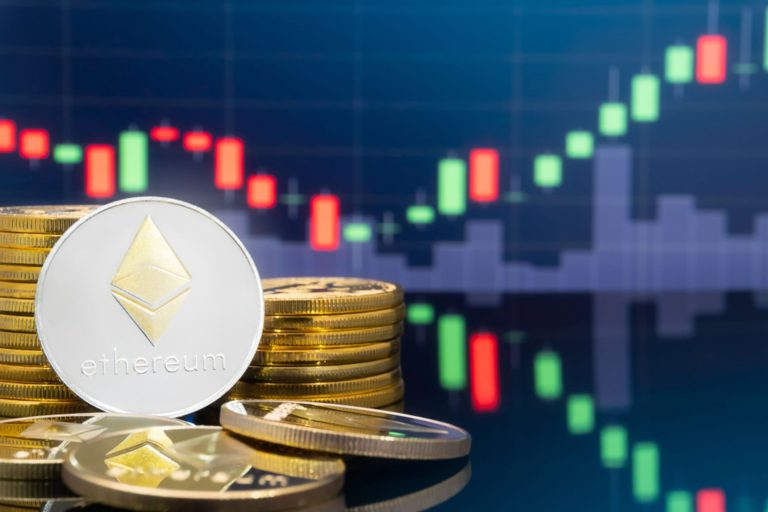 Crypto markets are moving this Monday as the top two are driving gains. Over $15 billion has been added to total market capitalization since yesterday and altcoins are finally sharing some of the love.

One of the day’s top movers has been Ethereum which has made it back to the crucial $200 level. According to charts from TradingView, ETH had topped out at a little over $200 during early hours trading on Monday morning. The move has taken prices back above the 50 moving average on the four hour chart with the next level of resistance at around $210 near the 200 MA on the same time frame.

From its end of week low at around $180, Ethereum has recovered 11% to its current levels. The longer term daily chart is not so pretty however with ETH still down 45% from its 2019 high of $360. On the plus side it has just broken the 200 day moving average which could indicate further upsides. The 50 day MA currently lies around $230 which poses another strong level of resistance.

Ethereum started moving before BTC so the upswing was not initiated by big brother this time. Bitcoin’s move came just a couple of hours ago as it broke through resistance at $10,400 to top out at $10,750 before starting to settle at this level. Trader and analyst Luke Martin has been bullish on a move up to resistance at $10,800.

“I would like to see $BTC reach the 10.7-10.8k targeted area today or I will be concerned about the lack of follow through on these pumps from 10k.

Not even time to wake up yet & $BTC already ripping through 10.7k”

In a rare move the altcoins are also enjoying some gains today, some of them are outperforming their big brother. Ripple’s XRP token has made around 6% on the day to take it to $0.286 but it really needs to push higher and break the $0.30 level to have a chance at further gains.

Other altcoins making solid progress at the moment include HyperCash, Lisk, Energi, and Tron. However the top two are currently dictating gains on the overall market which has been in a lot of pain in recent weeks.