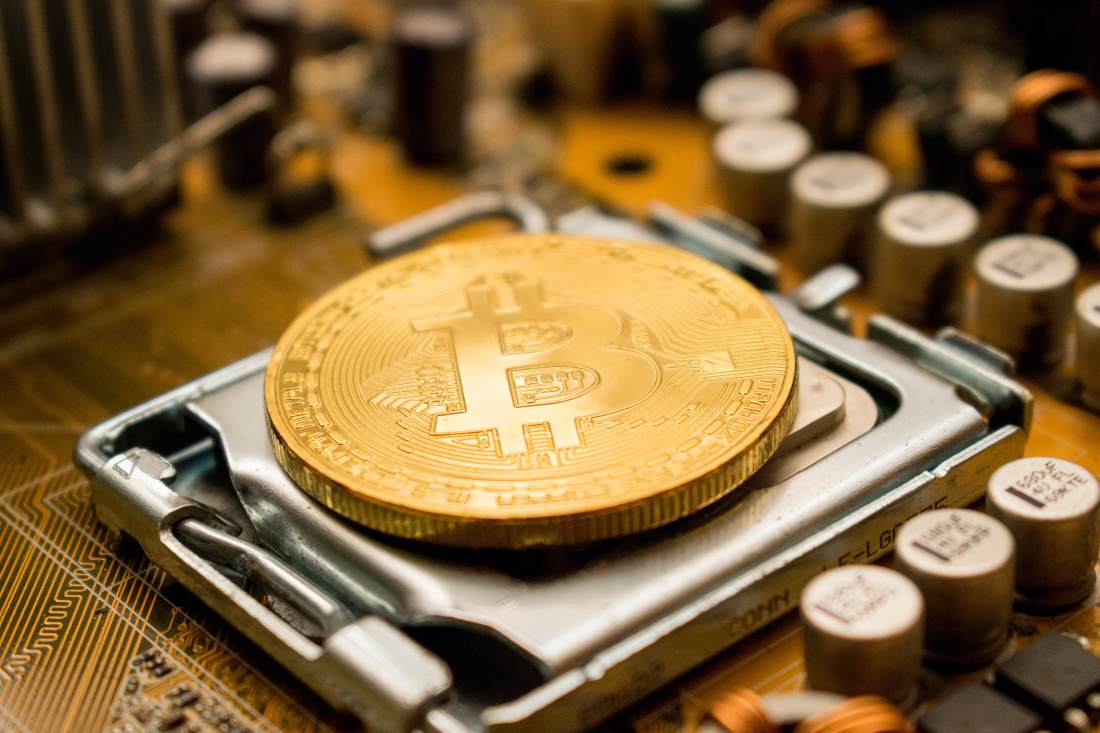 With the Bitcoin halving hype behind us, alt-coins might have a chance to blossom as BTC dominance fades.

The Bitcoin halving is now firmly behind us and the hype surrounding the event has begun to fade away. Prior to the halving, and on the 7th of May, the dominance of Bitcoin had peaked at 69%. Its dominance dropped a bit during the halving to around 67.5% according to Tradingview. However, BTC’s dominance would once again retest the 69% level on the 14th of May. At the time of writing this, the same Bitcoin dominance now stands at 67%.

The screenshot below provides a better visual cue of Bitcoin’s dominance in the month of May.

Bitcoin dominance in the month of May courtesy of Tradingview.com

Fading Bitcoin Dominance Could Provide an Environment for Altcoins to Thrive

Although Bitcoin’s dominance at 67% is still relatively high, the market capitalization of altcoins seems to be steady at $82.79 Billion. In an earlier analysis of Bitcoin, popular twitter crypto trader, CryptoDude, postulated that the fading Bitcoin dominance could provide one scenario where altcoins would thrive. However, he cautioned it was still possible for alts to lose their USD value while still gaining against BTC. A screenshot of his tweet can be found below. 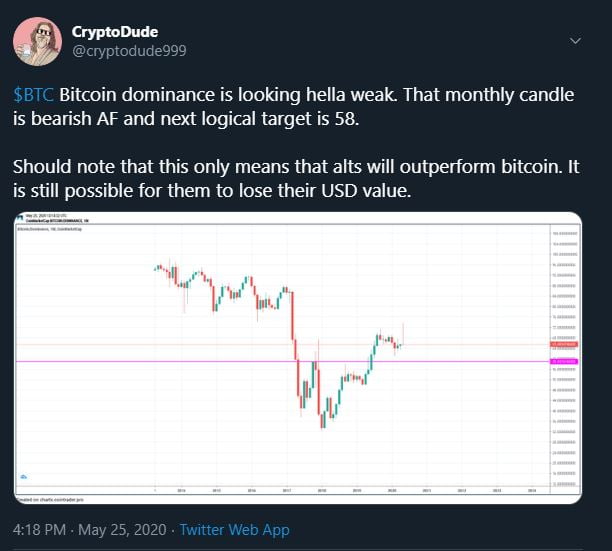 How an Altseason Would Play Out

Firstly, Bitcoin’s dominance will continue to fade at a rate that will allow altcoins to thrive through an Altseason. This scenario further points to Bitcoin experiencing sideways movement below $10,000 and above the significant support zones of $8,100, $8,300, and $8,500.

Secondly, Bitcoin might dump hard taking down the entire crypto market with it. However, since most altcoins have lost significant USD value since early 2018 and are close to major support zones, their fall might not be as fast relative to Bitcoin’s. As a result, altcoins denominated in BTC will thrive.