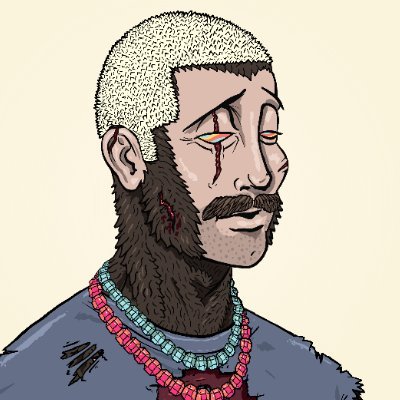 Frank from DeGods shared his own proposal to resolve the NFT royalties fiasco.
NewsNFTs

Without a doubt, NFT royalties have been such a big topic, especially among builders and creators in the Solana ecosystem.

Two weeks ago, the leading Solana NFT project, DeGods, and its upcoming collection, y00ts, adopted 0% royalties before Magic Eden bowed to pressure and made it optional to pay creator fees.

But “racing to the bottom” will only bring more negative impacts to the NFT ecosystem. With that in mind, DeGods’ pseudonymous co-founder Frank recently came up with a few suggestions on what could be done to tackle the royalties fiasco.

How to enforce NFT royalties on-chain, according to Frank

In his latest blogpost, the DeGods top dog went into detail on the pros and cons of current solutions, and what are his plans to address the shortcomings of these quick fixes.

For instance, Frank observed that while Magic Eden’s NFT royalties enforcement tool – MetaShield – helps existing projects in some ways, it causes confusion during purchases and punishes buyers more than sellers.

A few developers also suggested locking up NFTs in the wallet to restrict where the digital assets can be transferred or sold. But so far, the solution only applies to new mints, and Frank thinks this could put too much power in the hands of the creators.

A new NFT standard with a list of blacklisted contracts

Since NFT royalties are not enforceable at the protocol level, Frank is proposing a more ecosystem-wide solution to tackle the problem.

The first step of his proposal involves creating a new token standard that prevents NFTs from interacting with a list of blacklisted contracts. The list may include marketplaces and platforms that evade royalties – regularly updated and voted upon by the community.

Once the standard has been established, Frank explains that there must be a reliable, on-chain voting method to allow the greater Solana NFT community to decide on a fixed royalty rate. It will be easier to onboard more users if it’s based on a fee that the majority agrees on.

After that, there should be a mechanism to help existing projects migrate to the new standard. Creators can then focus on providing value to NFT holders who opted for the royalty-friendly ecosystem.

Mainstream adoption of the new standard

According to Frank, none of the ideas will work if the new NFT standard fails to achieve widespread adoption among Solana NFT marketplaces and wallets, as well as creators and holders in the space.

But if done right, it will result in a healthier, balanced NFT ecosystem where creators are guaranteed their cuts without making a big dent in holders’ pockets. Given that, the DeGods co-founder is ready to discuss further how to turn this into a reality.

“We can either accept royalties going to zero as ‘the tragedy of the commons,’ or we can rally together as a community to solve the problem,” wrote Frank.

“This entire ecosystem is driven by social consensus. If we all decide we want royalties, there is a way to make this happen. If we don’t, that’s fine too. The key is that we all control our destiny as an ecosystem.”

My thought process on what a solution to the 0% royalty movement could look like for Solana NFTs.https://t.co/MbEW52G5xY