From the screenshot, it can be observed that Kusama (KSM) is roughly $162 million away from edging out Tron (TRX) from the 24th position. 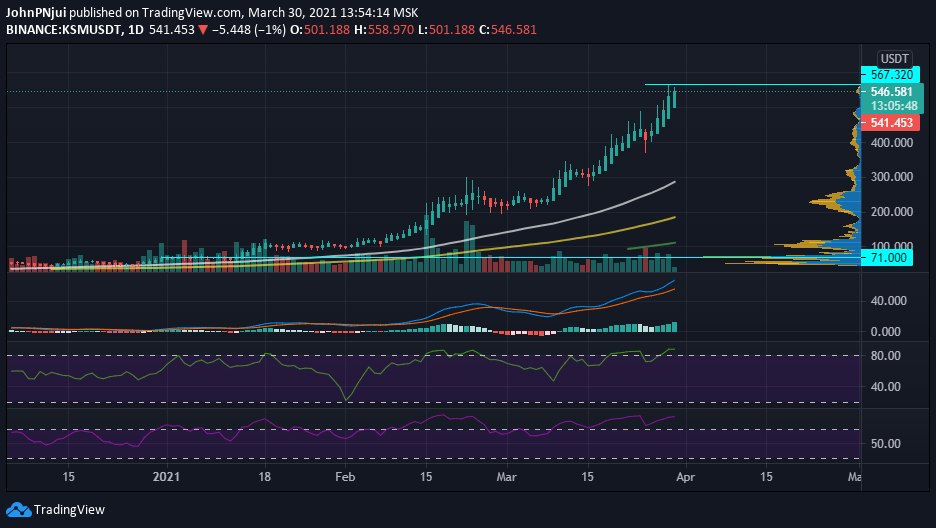 Also from the KSM/USDT daily chart above, the following can be observed.

A Brief History of Kusama (KSM)

The Kusama (KSM) project is often referred to as ‘Polkadot’s wild cousin’ and has been an experimental blockchain platform for developers to test out interoperability and scalable frameworks. According to the project’s website, Kusama was built as ‘a risk-taking, fast-moving ‘canary in the coal mine’ for its cousin Polkadot. It’s a living platform built for change agents to take back control, spark innovation and disrupt the status quo.’