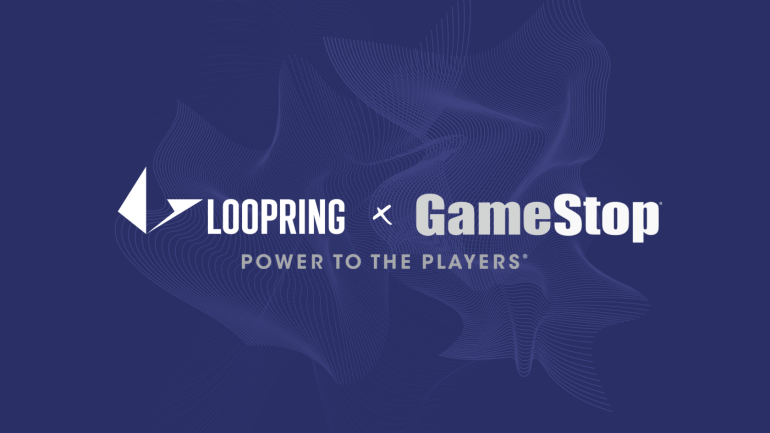 LRC Gains Over 40% as GameStop Taps Loopring for NFT Marketplace

According to a medium article published on Wednesday, the Ethereum layer 2 protocol Loopring teamed up with international consumer electronics company GameStop for an NFT marketplace. The platform has launched with a beta version for users to create their profiles and make deposits.

Details from the announcement highlight that GameStop chose to tap Loopring for its NFT platform due to the protocols self-custodial security. Also, the layer 2 solution mitigates high gas fees commonly associated with Ethereum layer 1 transactions.

GameStop also plans to leverage Loopring’s open mint function which launched earlier in March 2022. Since the feature was released, over 1 million NFTs have been minted on the layer 2 protocol.

Following the news, both GameStop’s GME stock and Loopring’s native token LRC have experienced a hefty increase in volume. Data from CoinMarketCap shows that LRC has gained over 40% in the last 24 hours.

GameStop To Bridge Gap Between NFTs and Mainstream Gaming

The gaming giant initially announced plans to collaborate with another layer 2 solution – Immutable X for its digital collectibles marketplace back in February 2022. The retail heavyweight also announced a $100 million fund in Immutable’s native token IMX. Details from the announcement explained that the fund was geared towards supporting studios focused on developing NFT-based games.

GameStop hopes to establish a presence in the NFT space with its latest digital product. The move could also drive mainstream adoption of blockchain technology in the multi-billion dollar gaming industry.

GameStop, in partnership with Loopring, has the opportunity to cement itself at the forefront of this new NFT + gaming paradigm and become THE destination for new global digital economies.