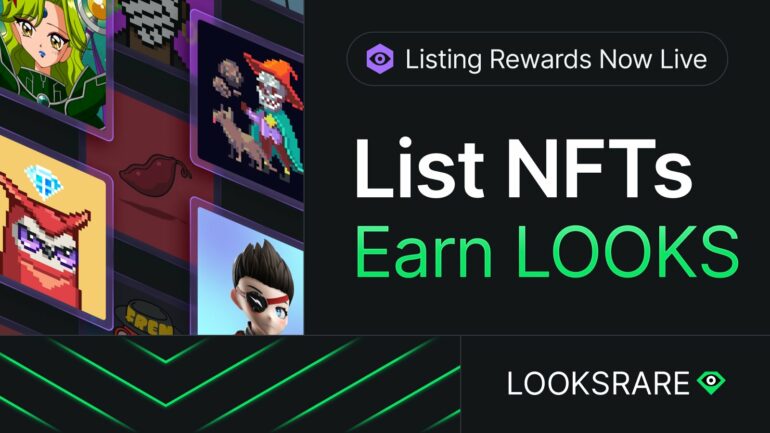 It has not been a secret that Looks Rare, the NFT marketplace that brands itself as community-first, is in competition with the largest NFT marketplace on the Ethereum network, Opensea. LooksRare dominated for a while in terms of volume traded as per an analysis written earlier this year. This dominance is attributed to their rewards program, which rewarded users in LooksRare’s own $Looks token upon the sale of an NFT.

A BAYC sale administered on LooksRare on Jan 15th 2022 made the buyer a whopping profit of $7,017.23. This same sale processed through Opensea would have made the buyer pay higher trading fees & royalties, plus make no profit.

These rewards attracted a lot of wash traders – users who would buy their own listed NFTs on LooksRare just to receive the rewards in the $Looks token. The wash trading played a significant role in making those trading volumes highly inflated and artificial.

Why is Looks Rare not a leading NFT marketplace?

So there is an NFT marketplace that allows you to sell your NFTs with lower royalties plus provides you with trading rewards every time you sell. Why aren’t more people using it, and why isn’t this the top NFT marketplace on the Ethereum network? One of the reasons behind this is network effects. Opensea has built a reputation as a giant and the first NFT marketplace, which has gathered lots of loyal users.

In an effort to fight back and gain liquidity, Looks Rare introduced its most significant reward update since its launch. Now users can earn the $Looks token not only by trading or staking it but also by just listing it in the marketplace.

The key dates for this launch, as taken from the Looks Rare website, are as below:

A few requirements qualify users for these rewards, such as the listed NFTs will need to be from one of the 25 collections based on daily volume, the listing is an active, executable order, and the listing price is within 1.5x of the global collection price.

The $Looks token is currently ranked #2829 on CoinmarketCap, and its current price is $1.98. The token has suffered almost a 65% decrease since its all-time high at $5.89. The rewards for staking the token currently sit at126.93% APR. These rewards are paid in WETH (Wrapped Ethereum).

It is rumored that the $Looks token will be listed on Binance soon, as users report seeing the token show on Binance.