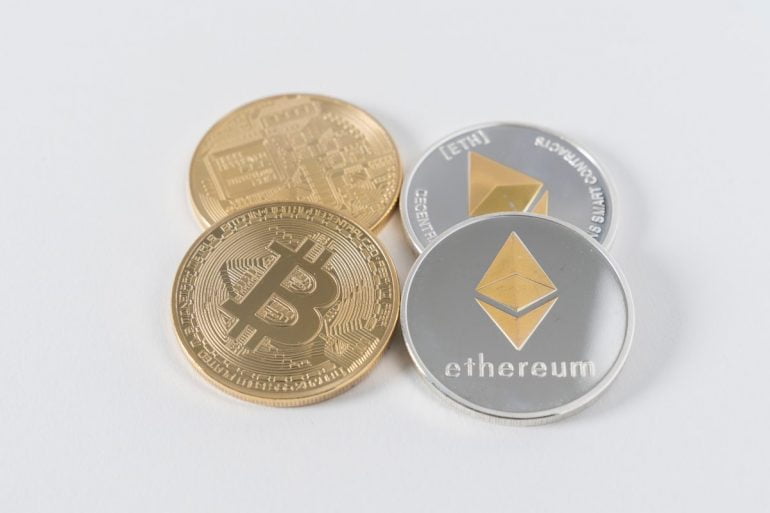 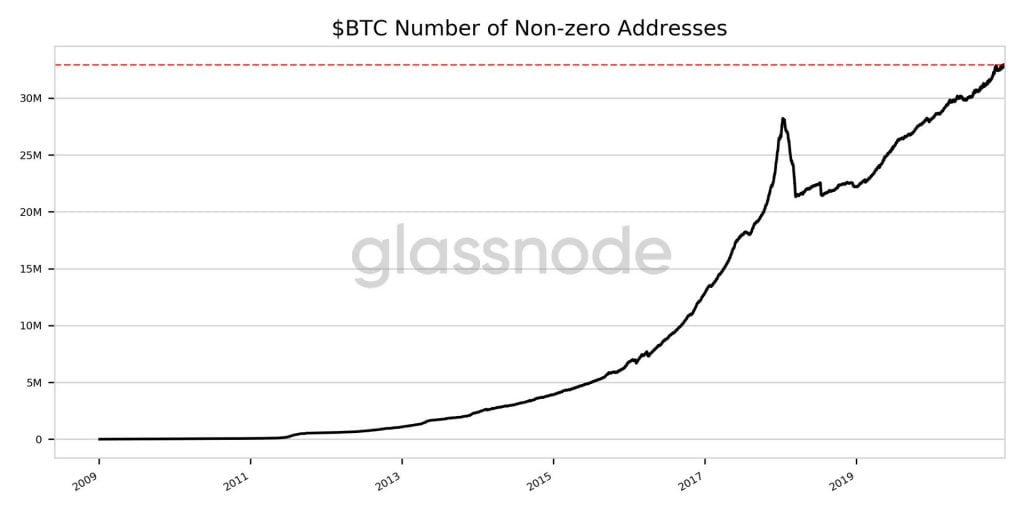 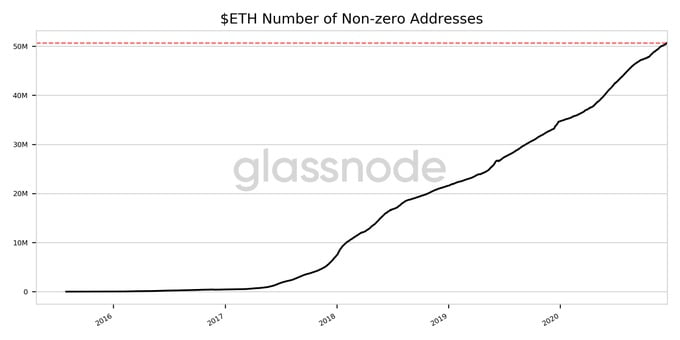 From both charts, it can be observed that the number of Bitcoin and Ethereum addresses are following the normal trajectory of an S Adoption Curve. From the charts, it can also be concluded that adoption is yet to reach the plateau phase which means that we are still in the early phase of the crypto industry.

Veteran Bitcoin analyst, Willy Woo, recently commented on the adoption of Bitcoin and pointed out that it is growing faster than any technology infrastructure to date.

The adoption curve of Bitcoin is faster than any other global infrastructure rollout before it. It’s growing faster than the rollout of the Internet, mobile phones, and easily faster than “virtual banking” players like PayPal.

The adoption of Ethereum is also growing at a phenomenal pace as seen through the chart above and the rate at which DeFi is growing.

Investors who have seen the potential of both Bitcoin and Ethereum through the current rate of adoption, are also busy scooping up BTC and ETH thus contributing to an increment in non-zero addresses on both networks.

As with adoption, it is still early to invest in either Bitcoin or Ethereum. Anyone considering investing in Bitcoin and Ethereum right now should find some reassurance that the CEO of Binance, CZ, made a similar conclusion back in May, about being early in the game. His exact words were as follows.

Everyone I have met that got into #crypto, thinks they got in too late, no exceptions, myself included, until 5 years later.

I expect the same will be true in 2025. We are still early in the game.

Not financial advice. And don’t trade if you are not a trader. #hodl.