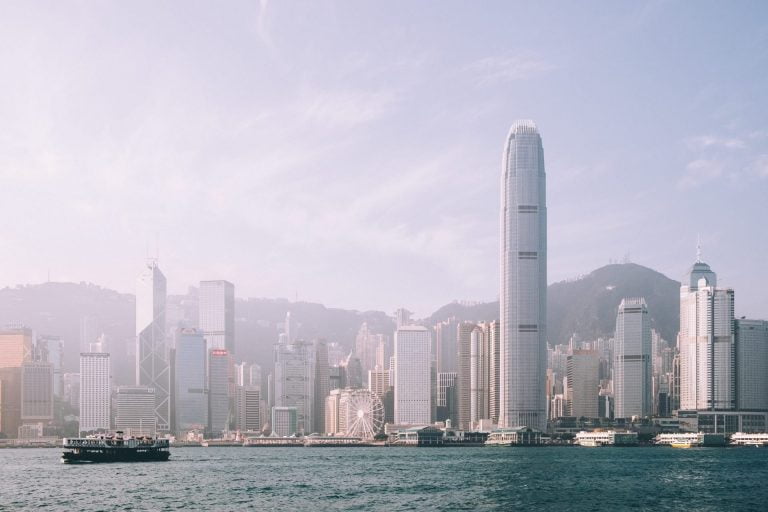 Last weekend, Bitcoin data provider Coin.Dance printed a jaw-dropping stat. LocalBitcoins, a peer-to-peer, over-the-counter cryptocurrency trading service, was reported by the site to have seen its best week so far, transacting over $12 million Hong Kong ($1.5 million) worth of BTC in a seven-day timespan. As Bitcoin is far from a period of “exuberance”, the cryptocurrency community at large was shocked when they observed this metric.

But many were quick to draw lines between real-world events and Bitcoin. Due to the current political situation in the region (which dramatically escalated over recent weeks), many quipped that it was the raging protests that caused the spike in Bitcoin activity. While this may be partially true — there have been calls for locals to withdraw fiat from banks and shun financial institutions — a data scientist recently found that this may be untrue.

Ahlborg claimed that according to one of his contacts, a counterparty that claims they were involved with most of last week’s LocalBitcoins volume in Hong Kong, the spike was a byproduct of a customer who conducted “over 30 trades”. What’s even more interesting is that the data scientist’s contact said that the customer’s trades were to “buy the dip”, not in response to the “political problems”. What corroborates this is that day-to-day volume for that Bitcoin market has dropped back to normal levels once again, even though the region’s political situation has continued to mount and mount.

[1/6] I looked into the Hong Kong Dollar’s (HKD) record week on LocalBitcoins last week and was put into contact with a pro trader who claims they were the counterparty to most of this volume. The trader claimed that most of the volume was caused by a single customer who… pic.twitter.com/E6vC9GDSDu

Not The Whole Story

While the recent activity for the LocalBitcoins market in Hong Kong may not have anything to do with the region’s macro backdrop or politics, there is evidence to suggest that corruption leads to increased usage of the OTC Bitcoin market.

According to data published by a user on Twitter, there is a clear correlation between a country’s Corruption Perception Index (CPI) and the share of GDP (a measure of an economy’s size) that Local Bitcoins volume makes up. The correlation: the more corruption there is in a country’s government, the bigger role Local Bitcoins (and thus cryptocurrency) takes in its economy.

Venezuela, which sported a CPI of 18 (one of the lowest in the world) in 2018, has a Local Bitcoins market that made up 0.2326% of its 2018 GDP. Venezuela is followed by Nigeria, Russia, Colombia, Ukraine, Kenya, Peru, and South Africa — all nations with relatively low CPI’s, according to Transparency.org.

Corelation between corruption and@LocalBitcoins usage for 2018