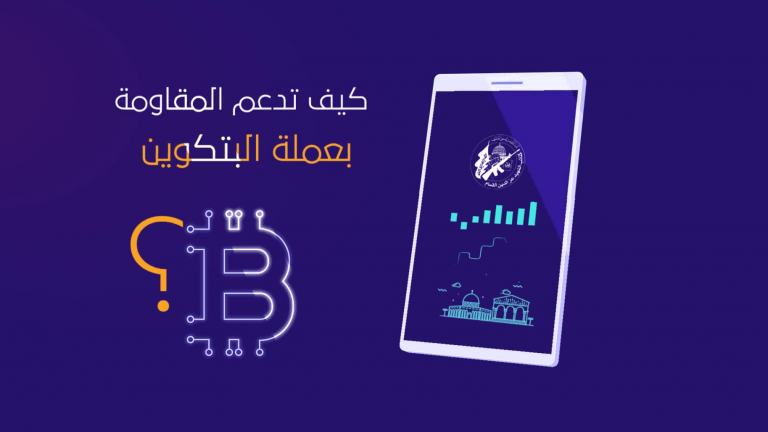 A screenshot from the Qassam instructional video, explaining the reason behind donating through Bitcoin.

De facto leader of the Gaza Strip and designated terrorist group, Hamas has been locked out of traditional finance systems to prevent further carnage in the region. However, the militant Palestinian group has recently begun a crafty campaign to further finance its undertaking, by means of Bitcoin donations.

As reported by the New York Times earlier today, Hamas’ military wing, the Izz ad-Din al-Qassam Brigades, had recently begun an effort to spur untraceable donations in the most recent version of its website. Upon loading the donation page, each visitor is given a unique Bitcoin wallet address where BTC can be sent, with each donation being nearly impossible for governments to detect. The group has been using cryptocurrency to fundraise since earlier this year, although efforts have recently increased with a more professional-seeming appearance and detailed instructions on how to make donations.

A video linked to Hamas’ donation page details how one can make a payment using a Bitcoin wallet, or by means of an exchange, using the donator’s credit card.

The terrorist group’s website features translations in seven languages, as well as prominently featuring Islamic scripture and the brigade’s logo, a man with an assault rifle over the group’s green flag.

Hamas is joining the ranks of countless other militant groups using cryptocurrencies for donations and money laundering purposes. However, terrorists in general have been slower to begin accepting crypto than other criminal groups, which have already been using Bitcoin for drug purchases for years.

In fact, in recent months, governments and NGOs alike have been eyeing the number of organizations attempting to fundraise using Bitcoin, raising concerns on the freedom provided by the digital token.

Cryptocurrencies are becoming increasingly used by illicit groups since they allow the bypass of a central authority, such as Paypal or banks, which are able to shut down accounts and prevent transfers. In fact, online markets where one can purchase drugs for crypto is estimated to produce $1 billion in revenue each year, despite the authorities consistently shutting down prominent markets.

As cryptocurrency continues to grow, one of the leading concerns from regulators and banks alike is the use of digital assets for illicit activities. In fact, just across the border in Israel, banks recently began to freeze the assets of crypto traders in fear of the tokens being used illicitly for terrorist means. In order for cryptocurrency to succeed, regulators worldwide must be convinced that any risk of illegal activities is mitigated by the holistic benefits of crypto on society.