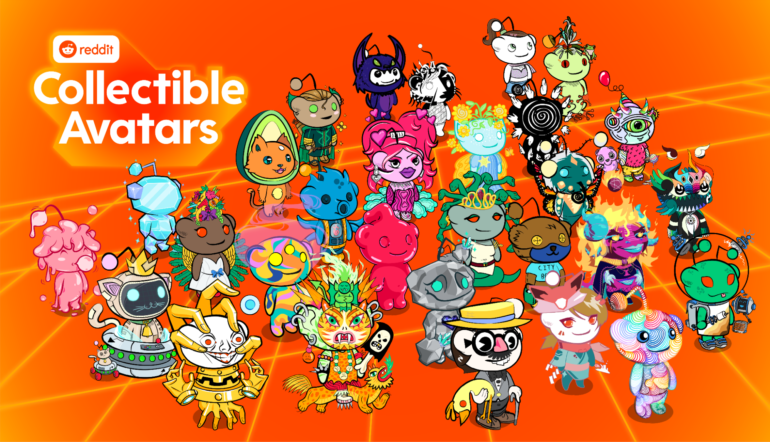 In the middle of what many perceive to be a crypto bear market, Reddit NFTs or Reddit Collectible Avatars have surprisingly taken the NFT world by storm.

Impressively, one of the company’s collections – Spooky Season – by Reddit user poieeeyee has garnered so much attention that it is now sitting at the top of the 24h volume charts on OpenSea.

So what are Reddit NFTs, and why they’re all the rage right now? Read on to find out more.

What are Reddit NFTs, and how did they come about

Fast forward to July 2022, the company took a deeper foray into NFTs, announcing plans to release a series of NFTs called Reddit Collectible Avatars based on Polygon.

These NFTs were created by independent artists and were purchasable with listed prices initially ranging from $9.99 to $99.99. Reddit also provides users with a blockchain-powered wallet, Vault, to easily store and manage their Collectible Avatars.

Upon getting one of these customizable avatars, Redditors can set them as their unique profile pictures (PFPs) on the platform, just like how NFT JPEGs work on Twitter.

The only difference is that these Collectibles Avatars are the only NFT PFPs that can be used on Reddit. Thus, adding another layer of legitimacy to these NFTs.

On October 21st, the social media giant released the second generation of Reddit Avatars and sold 40,000 pieces in less than 24 hours. That was an incredible achievement, given that many Reddit users have been anti-NFTs since day one.

There are many reasons for the successful feat, but many attributed it to the platform’s smooth onboarding process for non-crypto-savvy users.

According to NFT influencer threadoor.eth, the entire NFT checkout process on Reddit was so Web2 that it feels just like “buying a video game avatar”. Not to mention that the company only accepts payment in fiat, taking out the hassles of having to pay in crypto.

On top of that, Reddit has been giving out free airdrops to active users of specific subreddits. For instance, the Drip Squad x Reddit Collectible Avatars were airdropped to top users in August, further propelling the popularity of Reddit NFTs.

And remember the anti-NFT Redditors? The company managed to avoid many unwanted pushbacks with a simple trick – by removing all crypto jargon.

Instead of calling the avatars “NFTs”, Reddit advertised them as “Collectible Avatars”. Instead of asking buyers to create an “NFT wallet”, Reddit provided users with a “Reddit Vault”.

As one of the biggest social media platforms out there, Reddit has onboarded millions into Web3 without them knowing about it.

I kid you not; most of the Reddit users don’t even know that they own an NFT or that they’re taking part in Web3. So it’s not surprising that some of them got pretty mad when they found out what Reddit Avatars really are.

Even so, the project is undoubtedly a brilliant success in the NFT space. Those who are interested can check out the full Reddit Avatar collections over here.