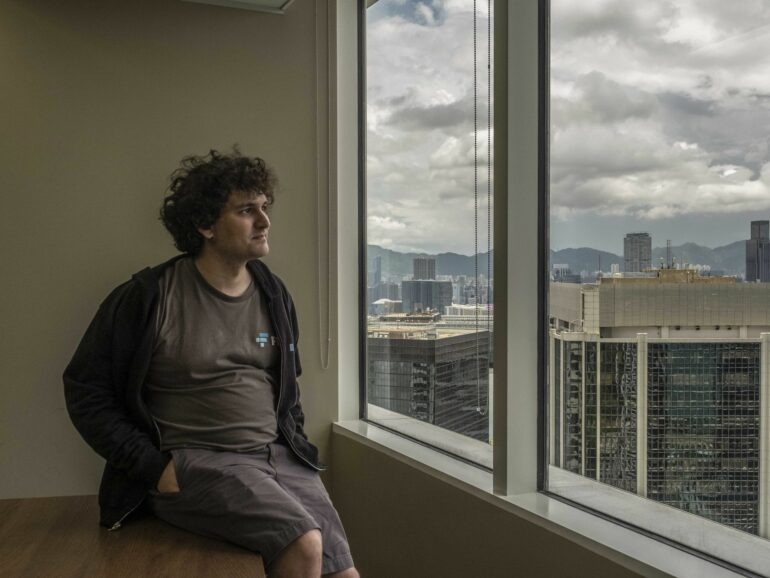 Disgraced FTX Founder Sam Bankman-Fried published his personal thoughts on the factors that drove his cryptocurrency exchange and $32 billion empire to ruin in November 2022. In a “pre-mortem” report released on Substack, Bankman-Fried pointed to three reasons why Alameda’s contagion pulled down FTX.

Firstly, SBF said his trading giant Alameda Research boasted a balance sheet with a new value of around $100 billion in 2021. The company formerly led by Caroline Ellison also supposedly had $7 billion in liquid assets and $8 billion in debt from leverage trading.

A CoinDesk article from November 2022 revealed that Alameda’s books were propped up mostly by illiquid assets like FTT, the exchange token created by FTX out of thin air.

SBF added that Alameda’s assets tanked around 80% in value following “board market crashes” involving defunct entities like Celsius and Three Arrows Capital to name a few. Bankman-Fried also blamed Binance CEO Changpeng Zhao for precipitating an attack that made his trading giant insolvent in November.

Notably, complaints filed by the  Commodity Futures Trading Commission (CFTC) and the Securities and Exchange Commission (SEC) alleged that Alameda was already insolvent by May 2022 and heavily relied on FTX customer deposits to stay afloat.

SBF Insists FTX US Is Solvent

Thursday’s report said that it’s “ridiculous that FTX US users haven’t been made whole”, echoing previous claims from Sam Bankman-Fried that FTX US remained solvent despite ties to the Bahamas-based international crypto exchange,

According to SBF, FTX US had more than $350 million in net cash before bankruptcy CEO John Ray III took over on November 13. Bankman-Fried opined that the U.S.-based exchange could repay customers if the platform was rebooted today.

Sam Bankman-Fried also pledged all of his personal assets to customers, though he did not specify the value of these assets or where they’re held.

Sam Bankman-Fried maintains that FTX was in a position to raise liquidity despite $5 billion in withdrawals and a massive hole in the company’s balance sheet. SBF added that $4 billion in LOIs was raised post-chapter 11 filing on November 12.

If FTX had been given a few weeks to raise the necessary liquidity, I believe it would have been able to make customers substantially whole. I didn’t realize at the time that Sullivan & Cromwell—via pressure to instate Mr. Ray and file Chapter 11, including for solvent companies like FTX US–would potentially quash those efforts. I still think that, if FTX International were to reboot today, there would be a real possibility of making customers substantially whole. And even without that, there are significant assets available for customers.

Between subtle jabs at CEO John Ray III and claims that FTX still holds billions of dollars in assets enough to repay customers, Sam Bankman-Fried also admitted his estimates are largely based on general data prior to his resignation as FTX chief.