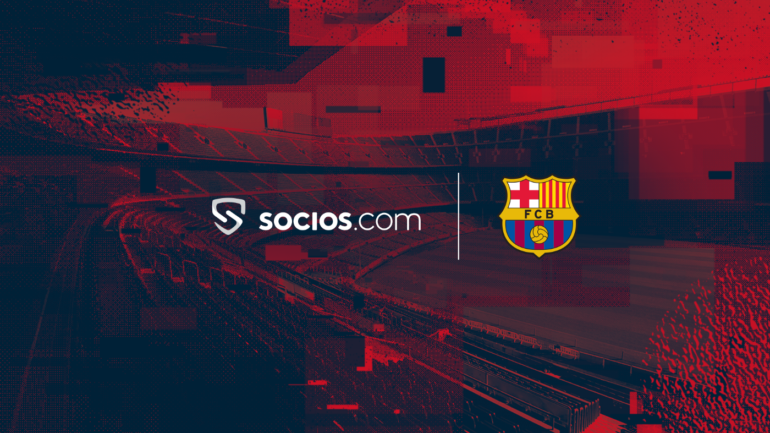 Socios was founded by Alexandre Dreyfus in 2018 as a blockchain-based fan engagement hub under Chiliz. Chiliz has its own so-called CHZ token and has inked several agreements with sports industry stakeholders including multiple Ballon D’or winning player Lionel Messi.

Also, Socios has partnerships with over 160 sports teams worldwide including other La Liga football teams.

FC Barcelona is a massive European football club based in Spain which multiple awards, titles, and achievements.

Both entities are not unfamiliar as FC Barcelona signed a partnership with Socios back in February 2020. At the time, the pair teamed up to launch BAR, a fan token aimed at expanding interaction and delivering exclusive rewards for Barcelona supporters.

Over $39 million worth of BAR tokens have been sold since then, per reports.

The latest partnership will expand this existing relationship and power deeper Web3 experiences for the club and its supporters. Also, the BAR token will continue to play a key role in Barca’s Web3 ecosystem which could unveil new features like non fungible tokens (NFTs) and other digital assets in the coming months.

Dreyfus noted that the deal could provide more global exposure for Web3 solutions by leveraging Barca’s 400 million fans across the world.

Moreover, the application of blockchain technology can take the fan experience far beyond an app-based engagement and reward structure and deliver utility and connectivity across the metaverse, providing a way to connect a limitless number of web3 projects.