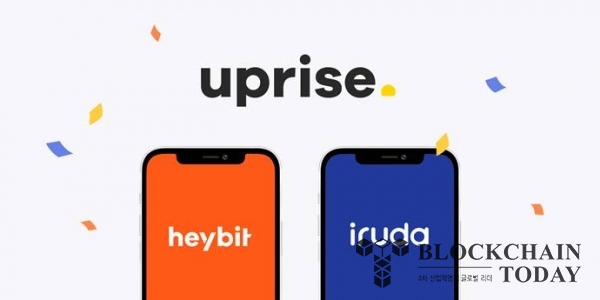 Uprise, a South-Korean company that operates in two halves as Heybit, a digital finance service, and Iruda, a global ETF investment service, lost tens of billions in customer assets during the Luna crash as reported by SeDaily, on Wednesday, 6th of July 2022.

The firm used artificial intelligence (AI) to enable automatic strategies to participate in investment in high-risk virtual assets such as futures trading.

Following the Luna collapse in May, it appears that 26.7 billion of customer assets were forcibly liquidated. This is a loss of more than 99% of the client’s assets under custody. Furthermore, Uprise suffered a loss of 3.9 billion from its personal funds.

High-net-worth-individuals entrusted the firm with their crypto assets which, under Heybit, they used to trade in the cryptocurrency futures market. Uprise’s AI-enabled technology was supposed to minimize the risk associated with futures and leveraged trading, but it achieved the opposite, with most of its assets liquidated.

The debacle occurred while the AI shorted Luna during Luna’s price crash but was caught out and liquidated during the sudden price surges along the way.

Most of Uprise’s investors are high-net-worth individuals and professional corporations. According to Uprise, the selected investors were individuals and corporates with a high understanding of digital assets and a well-established risk awareness. The company explained that investors are sufficiently informed in advance that this was a high-risk product with a high possibility of losing the initial investment.

According to Seul Economic Daily, Uprise is considering compensation for affected customers. It has not yet been decided how much of the investment loss will be compensated.

An official statement was released stating the below: “It is true that damage to customer assets has occurred due to unexpected great volatility in the market. We plan to finalize the report on virtual asset business soon.”

Uprise previously attracted 24 billion of its Series C round investment, and Korean firms Kakao Ventures and KTB Network are some of the existing investors. It is reported that in October 2021, the cumulative net profit of the company was 22.8 billion won.

Uprise is not the first company to fall prey to the Luna collapse. The token plummeting dragged affected many significant firms and hedge funds such as Three Arrows Capital, Celsius, Voyager, and others.