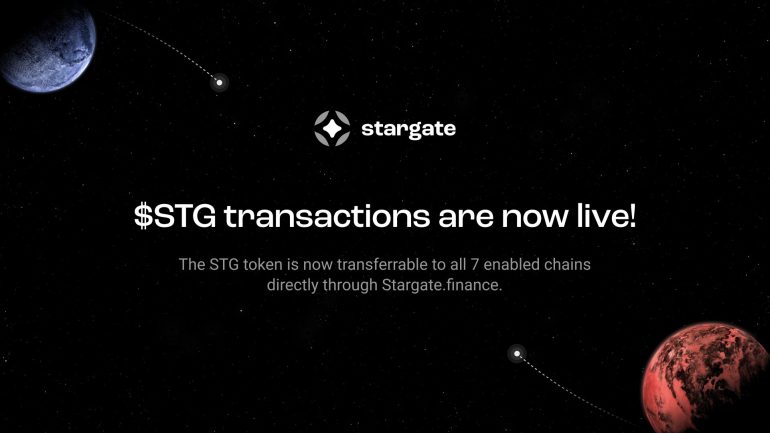 Stargate ($STG) Spikes 116.6% since Alameda Research Snipe All The Tokens on Auction

Sam Trabbuco, the CEO of Alameda-Research.com, confirmed on Twitter today that Alameda bought all the tokens in the recent Stargate Finance Auction, and they are not planning on selling for at least three years.

Interoperability protocol Layer Zero recently launched a public sale of native tokens on the Stargate bridge. They auctioned 10% of the total token supply of Stargate tokens amounting around 100M tokens with plans to raise $25M USDC. Shortly after the launch, the team confirmed that the auction sold out in a single block – only two participants got in and bought the entire amount. The competiton in gas wars was high and the type of demand is something that the Stargate team had not intially anticipated. It appears now that the sole purchaser of all tokens was Alameda Research.

The team believes to be the first to solve what they call “the bridging trilemma” – a set of properties that make any multichain bridge ideal for usage. According to them no other protocol has been able to provide all three:

Stargate is currently live on Ethereum, Avalanche, Polygon, BNB Chain, Fantom, Arbitrum and Optimism and in 6-8 weeks, they are considering launching on Solana, Terra, Cosmos Hub and Osmosis.

Potential investors had initially been left disappointed with the auction as they had been able to participate. Stargate quickly rectified this on March 17, by offering the same contract to every person who was pre-approved in the auction but had not managed to participate. Stargate claims that currently there are approximately 160 unique contracts pre-approved that qualify. More details on this are to be released soon.