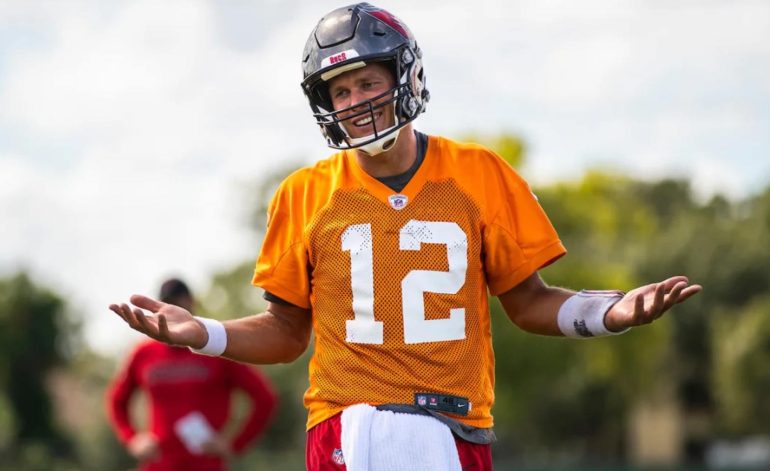 Legendary NFL quarterback and seven-time super-bowl winner, Tom Brady, has stated via Twitter that he is a big fan of Ethereum’s Vitalik Buterin.

Mr. Brady went on to thank the Ethereum creator for his contributions to the crypto-verse, particularly pointing out that without Vitalik, the Autograph NFT project would not have existed. He also added that Vitalik Buterin was the G.O.A.T (Greatest of all time).

In response to Tom Brady’s positive Tweet, Vitalik thanked him for his kind support. Both tweets can be found below.

Thanks so much for your kind support!

Tom Brady’s tweet was in response to Vitalik Buterin admitting that he did not know who the NFL quarterback was.

This was after Vitalik was trolled for appearing on the cover of Time magazine’s first-ever full issue as an NFT. The social media trolls had compared Vitalik to Tom Brady, but not in a positive way.

However, Vitalik Buterin went on to shrug off the negative comments through the following statement.

I didn’t even know who Tom Brady is, had to ask people around me. My best guess was that he was the actor from Mission Impossible.

Tom Brady Unretires from the NFL

Tom Brady recently made headlines for announcing he was unretiring from the NFL and was making a comeback with the Tampa Bay Buccaneers for his 23rd season in the football league. He had initially announced his retirement on February 1st, 2022, after 22 seasons playing for the New England Patriots (20 years) and the Buccanneers.

Brady won his seventh NFL super-bowl title with the Buccanneers during the 2020 season after defeating the Kansas City Chiefs, 31 – 9.

[Feature image courtesy of the Tampa Bay Buccaneers on Buccaneers.com]