We Have a Bitcoin (BTC) Supply Shortage – Pantera Capital CEO

The CEO of Pantera Capital, Dan Morehead, has pointed out that there is a growing Bitcoin supply shortage. According to Mr. Morehead, institutional investors such as Paypal are scooping up more Bitcoin than is mined. His analysis of Bitcoin was made during an interview on CNBC’s Squawk Box and was as follows.

Additionally, the team at Pantera Capital recently published their monthly blockchain letter for the month of December in which they pointed out that Bitcoin’s current price was 9 weeks behind its pace to $115k.

The actual price is behind that historical projection — but, not a ton behind. The price today is only nine weeks behind the pace to get to $115k.

However, the report pointed out that Bitcoin’s price could get to this value by August 2021 based on their analysis of previous effects of Bitcoin halving events. Pantera Capital’s analysis of Bitcoin is based on the stock-to-flow model and has been visualized via the following chart from their monthly report. 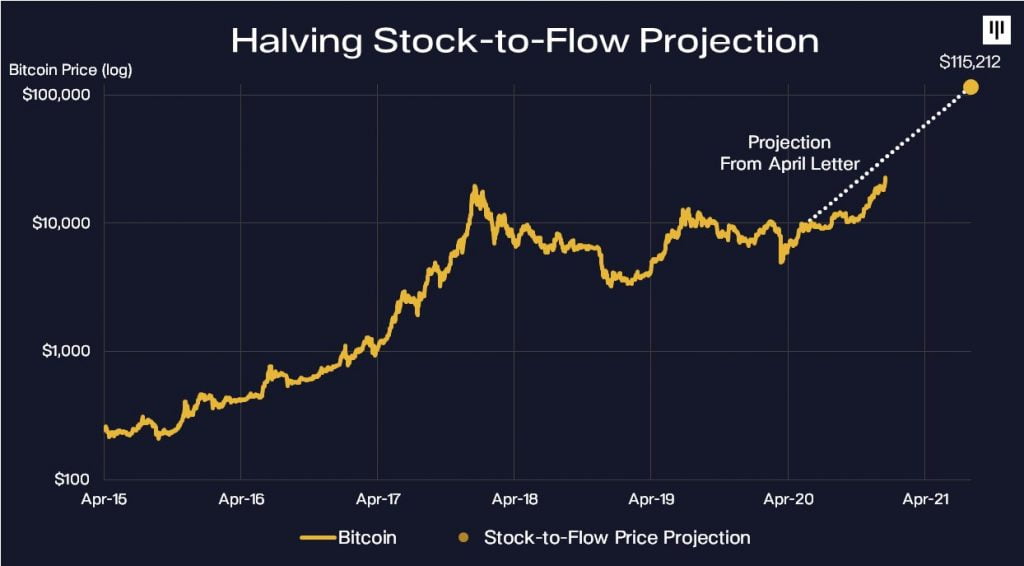 The report by the team at Pantera Capital went on to conclude that Bitcoin and the crypto-markets are at the beginning of a potential multi-year bull market with growing fundamentals.

We believe we are still in the early innings of a potential multi-year bull market fueled by strong macro tailwinds and growing fundamentals in the underlying technology.