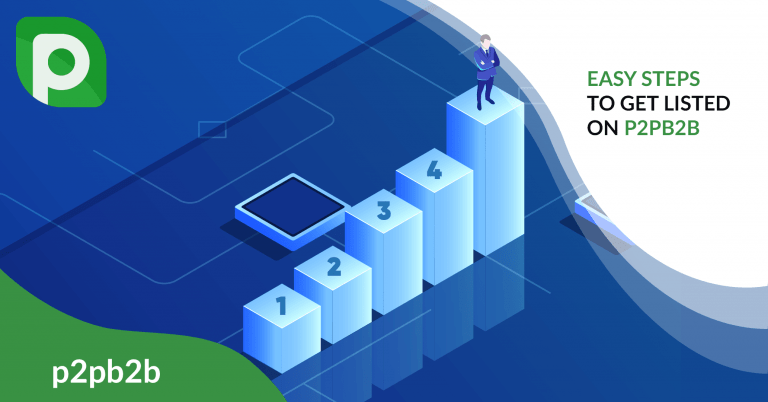 What’s so special about IEOs? Why is it important to get listed on p2pb2b?

Satis Group conducted a study that confirmed that around 80% of all ICOs, even at the beginning of their rise to fame, were fake. Yet there were still those who understood the fantastical power of the technology, and thus the new and improved version of ICOs was introduced called Initial Exchange Offerings.

With these, there were stringent integrity checks conducted by exchanges on which IEOs were to be run. Attempts were made to create a sort of Central ICO Agency that would control ICOs, by the way, but nothing much came of it, so at some point it became obvious that exchanges themselves could audit projects, which would tick several boxes at the same time: customers could rest assured they invested in someone vetted by someone with a reputation, projects knew they would get a lot more attention now they had some kind of guarantees they were legitimate, and people had more reason to believe their funds were safer.

The logical questions to ask at this point about safety and security are: how good is the security at any given exchange and how well does it comply with the regulators? If you think of guarantees, think “projects are vouched for by the exchange but is the exchange vouched for by anyone?”. In this sense, an exchange that complies with the legal regulations in their country is by far the most reasonable choice.

One of the most prominent exchanges to offer substantial protection, both in terms of security (outstanding Web Application Firewall protection, 96% cold storage, OWASP compliance, and much more) and a European Union license, which means approval comes from all the way to the top, is p2pb2b. Estonia is one of the few countries in the world where crypto exchanges are legal, which means investors can join with nothing to fear and thus businesses have much greater chances of prospering.

How do projects benefit from IEOs?

Buying volume goes up drastically (in some cases up to 8x) as many more investors find out about the project. The difference between a not very well-known startup that could just turn out to be another hoax and an audited and approved project that is housed under the jurisdiction of an exchange with a European Union license is tremendous. Getting listed on p2pb2b also comes with a list of happy reviews from a row of IEOs that have been listed already.

Intrigued? This is how the process works.

Send an email to [email protected] or use the website.

Get notified when p2pb2b receives your request

p2pb2b typically replies within 10 minutes, most of the time instantly.

The project’s representative discusses all the nuances and important points.

The representative writes down the details and fills in a technical form (site, logos, link to blockchain explorer, Github, API documentation).

A listing agreement is signed, the payment is accepted and the process of coordination of announcements and all related activities begins.

After the payment has been processed

ICOs may have been a terrible idea as far as many investors were concerned, but they did teach us that nothing is more important than security, the main reason why crypto aims to be as decentralized as possible. However, after the introduction of impressive security mechanisms that exclude the possibility of cheating, the principle that the technology was built on is still going strong, which can be seen from these statistics.

The one thing to consider when going for an IEO is exactly how legitimate the exchange is because this will be directly proportionate to the level of guarantees investors and companies get. Choosing an exchange in Estonia, which offers regulatory compliance and an official European Union license, is by far the best move to make in terms of security, safety, and guarantees. Read more here.