Chainlink investors have withdrawn over 3 million LINK tokens in the last 30 days as highlighted in the following screenshot courtesy of Viewbase. 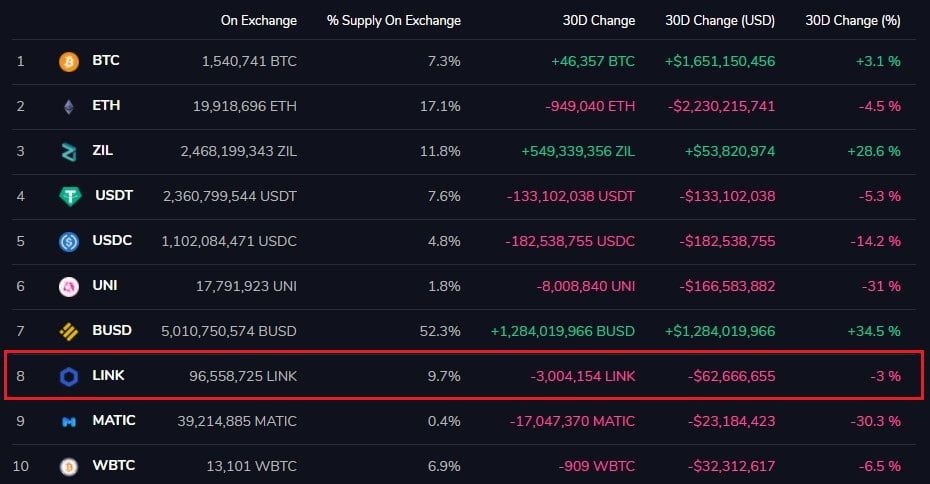 The outflow of more than 3 million LINK tokens valued at roughly $62.66 million, hints that Chainlink investors are playing the long game with the token. This is despite Chainlink’s recent pullback from its all-time high of $53 to a local low of $15. The move down was a 71.69% correction which was part of the crypto-wide sell-off that saw Bitcoin drop to $30k and Ethereum to the $1,800 levels.

With respect to price action, Chainlink, just like Bitcoin, is trading below the 200-day moving average with a death cross about to happen in the days to follow. This, in turn, leaves the 50-week moving average as the next logical area of support for Chainlink at current levels between $20 and $19, as demonstrated in the chart below. 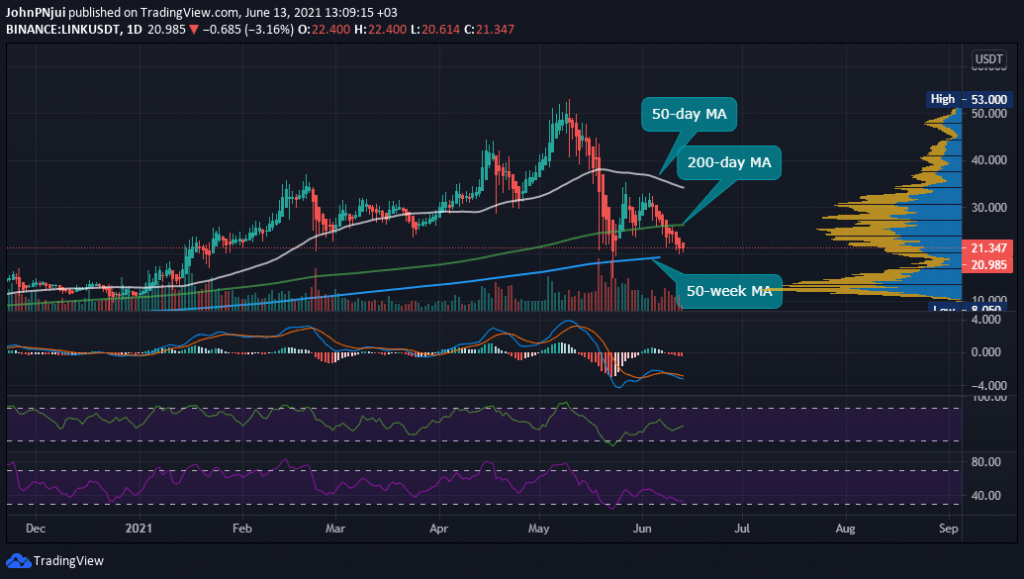 Also from the chart, the following observations can be made.

Firstly, Chainlink’s trade volume has been in the red for the better part of this month as some investors offload their LINK bags. Secondly, the daily MACD confirms the ongoing selling activity that is yet to show any signs of relief. Thirdly, the daily RSI points to an overbought scenario which then brings up the possibility of the 50-week moving average providing adequate support at current levels between $19 and $20.

Therefore, investors playing the long game with Chainlink might consider current levels as being ideal for adding more LINK tokens to their bags.

For the day traders willing to scalp Chainlink, having an eye out for Bitcoin is advised as LINK tends to mimic BTC during times of extreme market volatility.

Chainlink (LINK) Sees a Rise in Development Activity on Github