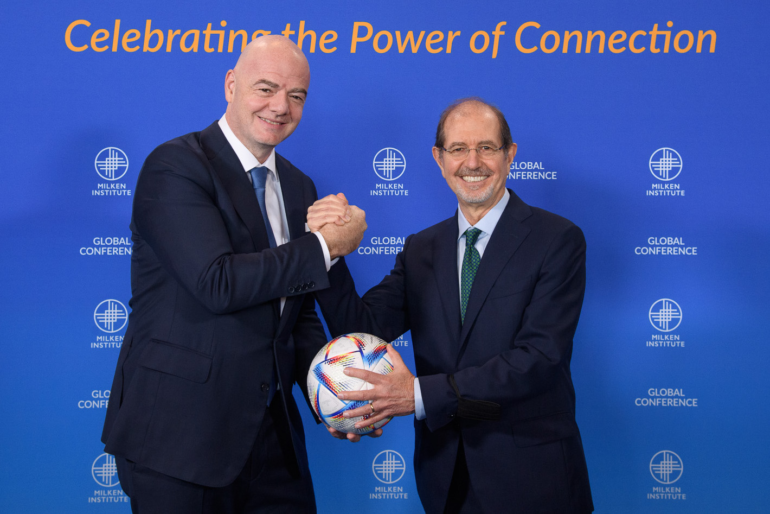 FIFA will onboard the startup as the official blockchain technology provider moving forward. Also, the agreement covers both the FIFA Men’s and Women’s World Cup competitions.

The terms of the deal disclosed on Tuesday (May 3, 2022) also explained that Algorand will aid FIFA in expanding its digital asset strategy and establishing the organization’s presence in the burgeoning digital economy.

In addition, FIFA plans to leverage the firm’s blockchain development expertise in a bid to deliver a cryptocurrency wallet solution for football fans around the globe.

The World Cup tournament represents the gathering of a plethora of nations from around the world. Also, the competition is known for its massive viewership and commonly features billions of watchers from all corners of the globe.

As part of the agreement, FIFA will ensure that Algorand receives significant media exposure during the World Cup.

We are delighted to announce this partnership with Algorand. The collaboration is a clear indication of FIFA’s commitment to continually seeking innovative channels for sustainable revenue growth for further reinvestment back into football ensuring transparency to our stakeholders and worldwide football fans – a key element of our Vision to make football truly global. I look forward to a long and fruitful partnership with Algorand.

Following the announcement, the company’s native token Algo is up about 17% according to data from CoinMarketCap.

While Algorand is the first blockchain company to partner with FIFA, the firm is the second outfit from the crypto space to sign a deal with the football organization. Earlier in March 2022, Crypto.com also agreed on a sponsorship deal with FIFA for the upcoming World Cup.

The multi-billion dollar sports industry has emerged as a key partner for cryptocurrency-focused businesses in recent years. Companies have splurged the big bucks in a bid to tap into mainstream audiences and drive widespread crypto adoption.

Back in February 2022, exchanges like Crypto.com, FTX, and Coinbase reportedly spent millions to secure seconds of ad time during America’s gridiron Super Bowl event. Following the marketing campaign, these platforms recorded a massive surge in patronage and sign-ups.