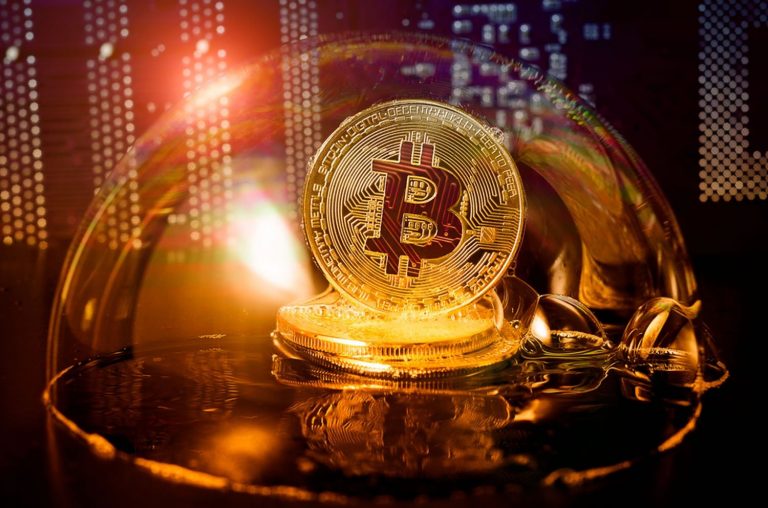 Timothy Peterson of Cane Island Alternative Advisors has shared his most recent analysis of Bitcoin (BTC). According to Mr. Peterson, Bitcoin has entered ‘bubble territory’. He explained that this was due to Bitcoin’s 30-day return exceeding a set threshold of address growth as seen in his tweet below.

The average drawdown after each of these bubbles is 20%.

Average Drawdown of 20% in Such Bitcoin Bubbles

Bitcoin Fails to Turn the $16k Price Area into Support

In terms of price, Bitcoin is once again staring at another weekly close in a few hours. The daily BTC/USDT still points towards an overbought situation for Bitcoin after The King of Crypto posted a 2020 high of $16,485 yesterday, Friday, November 13th.

For crypto traders a bit superstitious, Bitcoin posting a peak value on Friday the Thirteenth, could foreshadow the beginning of a correction for BTC. Additionally, Bitcoin has formed what looks like a rising wedge pattern on the 6-hour timeframe as illustrated below. 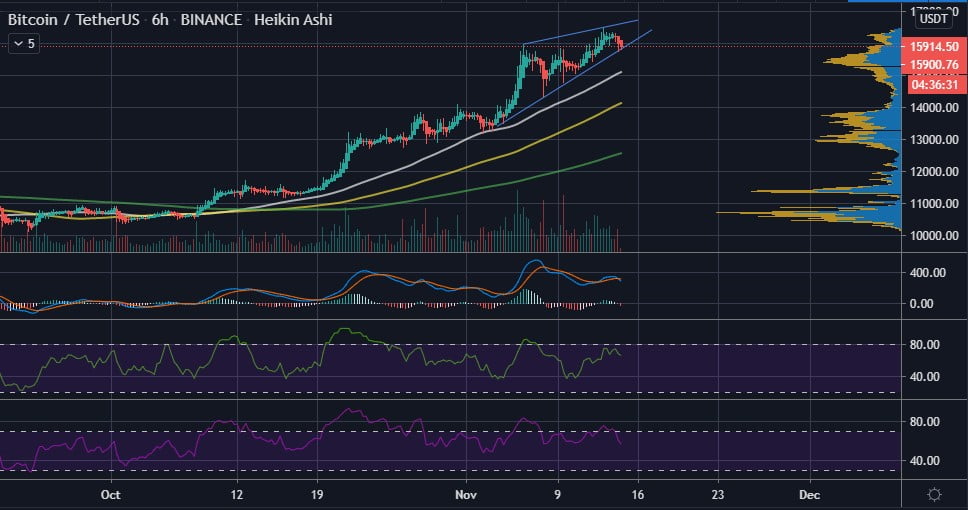 Summing it up, Bitcoin has had an impressive run for close to 6 weeks from the $11k price level to yesterday’s high of $16,485. Timothy Peterson, of Cane Island Alternative Advisors, has thus warned that Bitcoin has entered ‘bubble territory’ and could be destined for a 20% pullback.

A quick look at the 6-hour Bitcoin chart reveals that there is a rising wedge that could very well collapse and mark the beginning of the aforementioned correction.

As with all analyses of Bitcoin, trader and investors are advised to use adequate stop losses and low leverage when trading BTC on the various derivatives platforms.