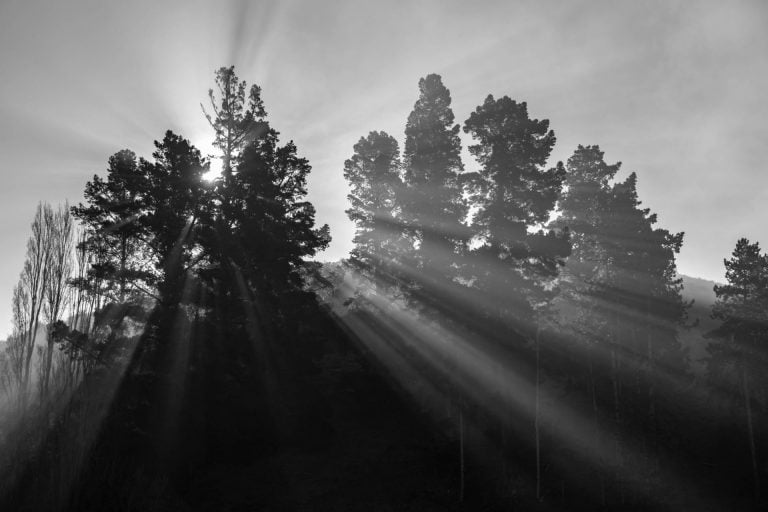 Despite healthy consolidation at the $8,200 price level, Bitcoin bears have started to make their presence known once again.

If you’ve perused Crypto Twitter over the past few days, you’ve likely noticed an abundance of bearish price charts and opinions on the state of the cryptocurrency market. Even analysts that were calling for Bitcoin to soon surmount fresh highs just months ago have begun to feel the pressure of BTC’s 20% price drop back in late-September.

Sentiment is so bad that analyses charting Bitcoin to $2,000 or even lower have begun to be shared throughout the web. Ouch. But, an important technical signal recently flashed a buy signal for BTC, potentially showing that there isn’t much to worry about.

Bitcoin a Buy for First Time Since $3,150 Bottom, Indicator Says

Have no fear bulls, a key technical signal recently flashed a buy, according to a recent Bloomberg article. Published on Friday, the outlet reported that the GTI Global Strength Indicator, “a measure of upward and downward movements of successive closing prices,” recently printed a buy for the first time since the cryptocurrency bottomed at $3,150 in the middle of December. It was added that Bitcoin’s ability to consolidate at $8,000 is also a sign that BTC’s price has building upward momentum. 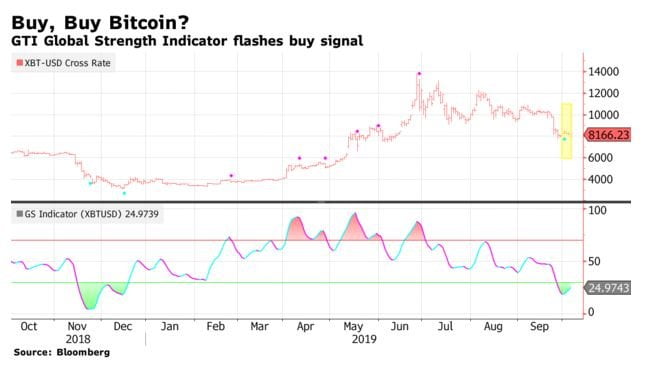 Bloomberg’s observation of the GTI Global Strength Indicator isn’t the only thing that is currently showing that BTC has some price upside at long last.

Macro investor and gold proponent Dan Tapiero recently pointed out that the Bitcoin price chart has printed a massive bull signal. In a tweet, the institutional investor noted that the TD Sequential indicator, which is a time-based technical indicator, has drawn a buy 9 signal.

Also, an indicator created by Financial Survivalism that is based on the parabolic SAR recently printed a buy signal on the one-day Bitcoin chart, which could be seen as an indication of an impending recovery.

On the fundamental side, Bloomberg Intelligence analyst Mike McGlone wrote:

“The Bitcoin maturation process will accelerate into the year-end as volatility declines in a more subdued price-appreciation process… The initial euphoric transition to a bull from a bear market is over, which should lead to an extended consolidation period, but with positive bias for similar reasons as gold.”

What McGlone is seemingly referencing is the growing turmoil in the macroeconomy and unorthodox monetary policy, which many say are catalysts that will drive capital towards alternative investments, be that BTC or gold.