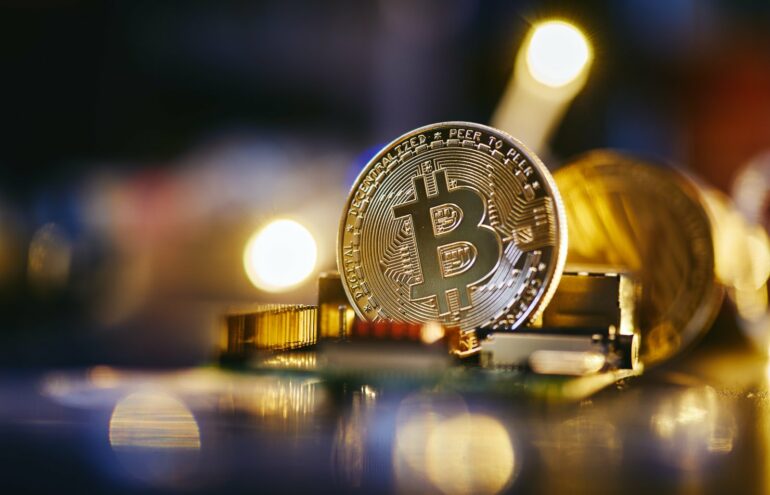 The author of the popular investing book Rich Dad Poor Dad, Robert Kiyosaki, has forecasted that Bitcoin could find a bottom at either $17k or $11k. Mr. Kiyosaki also pointed out that market crashes were an excellent time to buy assets such as Bitcoin. According to his analysis, Bitcoin is the future of money. He said:

Why CRASHES are GOOD: Rich dad taught his son and me “Your profit is made when you buy…not when you sell.”

Bitcoin is the future of money.

That is why I will back up the truck when the bottom is in. It may be $17k or even lower $11k. Time to get richer is coming. Take care.

Bitcoin Could Decouple from the Nasdaq at $23k

Similarly, Bitcoin Analyst Timothy Peterson of Cane Island Alternative Advisors has forecasted that Bitcoin could decouple from the grasp of the Nasdaq at a value of roughly $23k. However, he cautioned that the decoupling of Bitcoin from the Nasdaq at $23k did not necessarily mean a bottom. His analysis of Bitcoin in relation to the Nasdaq can be found in the following tweets.

5/5 This does not mean a bottom, it just means #NASDAQ will have lost its influence on #bitcoin. From there, the greatest influence on price would be bitcoin user growth rates. Take that FWIW. 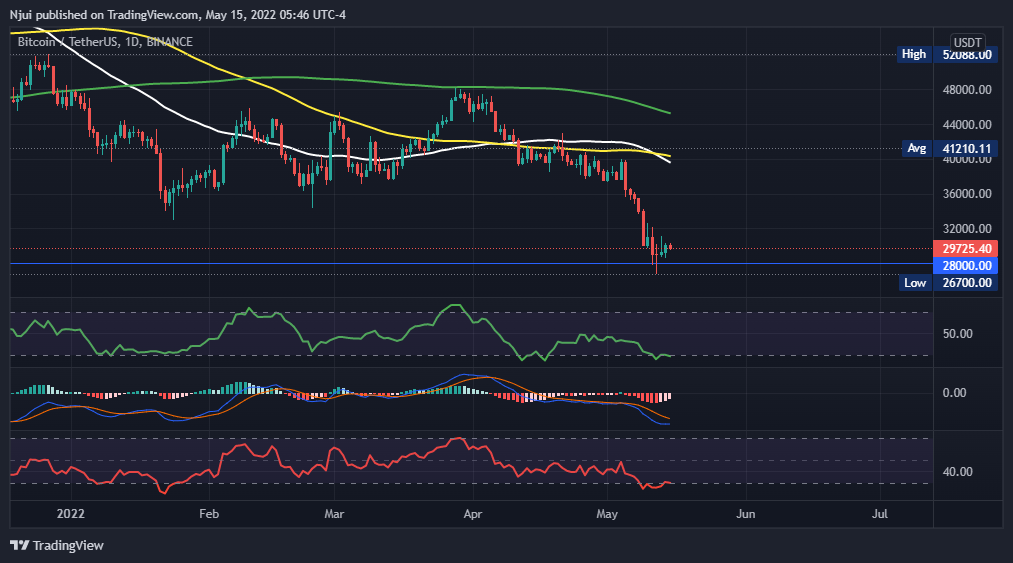 However, its daily MFI, MACD, and RSI point towards an oversold scenario for Bitcoin that could result in BTC recapturing $30k or even $32k moving forward.

But there is still the weekly close later tonight that might cause a retest of the $28k support and the local low of $26,700 set earlier this week due to the crypto market meltdown as a result of UST losing its peg and the subsequent inflation of LUNA.