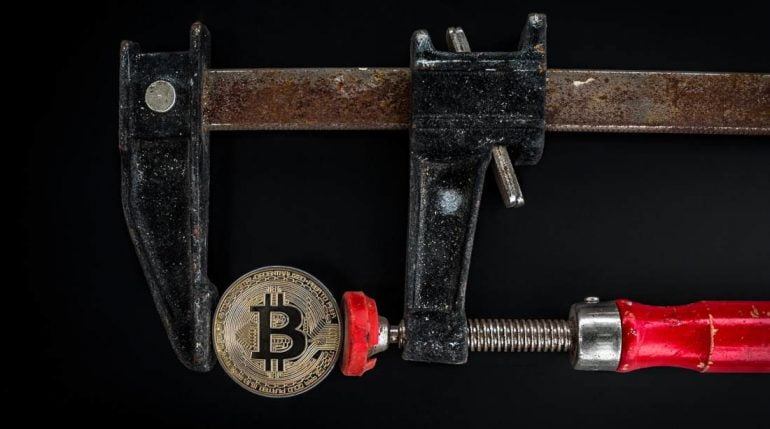 Bitcoin’s Top is Not In, Long Term Hodlers Are Still Accumulating BTC

Bitcoin (BTC) is yet to hit a top for the current bull cycle. This is according to data by the team at Glassnode pointing out that long-term holders of Bitcoin are yet to start spending their holdings. Furthermore, the same long-term holders are actually accumulating more Bitcoin and currently hold 67% of the circulating supply, which is still lower than the amount held by long-term holders in 2017.

The team at Glassnode shared their analysis of Bitcoin’s current market status through the following statement and accompanying chart.

Bitcoin supply held by Long Term Holders (LTH) usually needs to be spent to ‘put the top in’. 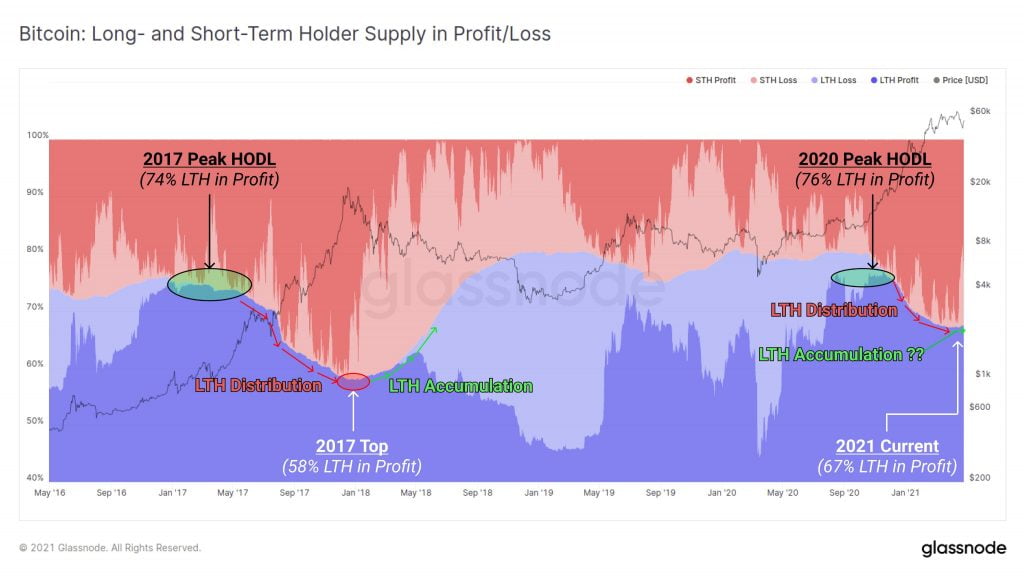 Evidence of accumulation of Bitcoin by whales has been identified by the team at Santiment who shared their analysis in the tweet below. According to Santiment, Bitcoin whale addresses holding 10,000 or more BTC have added roughly 90,000 BTC cumulatively, since April 5th.

🐳 The uber large #Bitcoin whale addresses (holding 10k+ $BTC) continue to get richer and accumulate as prices range, particularly after the #AllTimeHigh two weeks ago. Around 90k $BTC ($4.92B) has been added in total to these addresses since April 5th. https://t.co/XXDZ7l2br2 pic.twitter.com/aJDwEc5Quf

Bitcoin’s $50k Support is Once Again the Area to Watch

At the time of writing, Bitcoin is battling to maintain the $53k support zone as the month of April comes to a close.

As is the case with Ethereum, Bitcoin is experiencing selling pressure due to the expiration of BTC options and futures tomorrow, April 30th. This is in addition to Bitcoin’s monthly close being on the same day.

Therefore, the following Bitcoin levels of support are worth observing as the month of May inches closer.