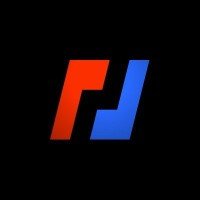 Alexander Hoeptner, Chief Executive Officer of BitMEX, is the latest crypto CEO to leave the firm amid the crypto bear market phase.

In addition, the chief financial officer of BitMEX, Stephen Lutz, has been named as the interim CEO. According to the company’s spokesperson, Lutz will continue to serve as the firm’s CFO.

Hoeptner joined BitMEX in 2020. Prior to working as BitMEX’s CEO, Hoeptner was the CEO of German stock exchanges Borse Stuttgart GmbH and Euwax AG. He was selected as the firm’s CEO soon after the resignation of its co-founder, Arthur Hayes.

With Hoeptner’s departure from the firm, Stephen Lutz will be stepping up to serve in the role as the company’s interim CEO. Lutz was a former partner at auditing and consulting firm PricewaterhouseCoopers and joined BitMEX in 2021.

“Together with the rest of the management team and our talented staff members, I will make sure that BitMEX continues to deliver great, innovative crypto trading products and a secure and stable trading environment for our clients,” Lutz told Decrypt via email.

BitMEX was launched in 2014 as a cryptocurrency exchange and derivatives platform. The company is owned and operated by HDR Global Trading Limited. In 2016, the exchange introduced services related to perpetual futures, which became an instant hit among its users. However, according to Coinmarketcap, BitMEX has fallen behind Binance and FTX in terms of trading volume in recent years.