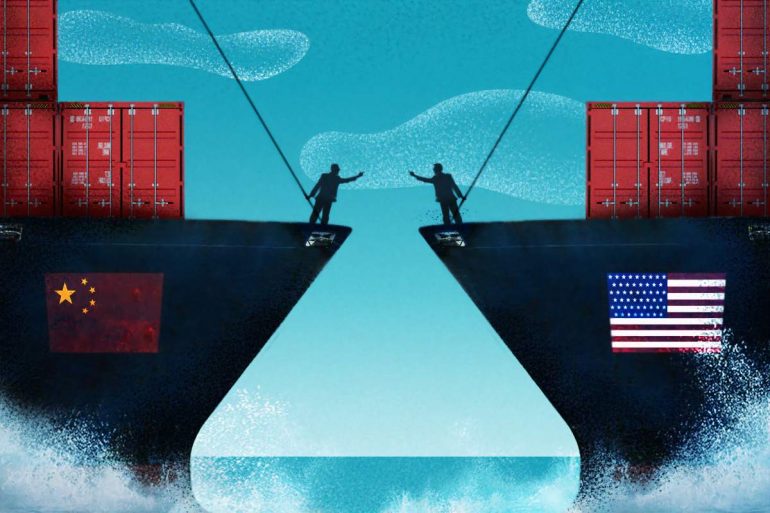 Earlier today, the world woke up to the news that China was retaliating to the closure of its US consulate in Houston, Texas, by ordering the closure of the American consulate in Chengdu. A report by the New York Times best summarized the situation as follows.

Beijing blamed the Trump administration for the deterioration in relations, calling its own action justified after Washington told China this week to shutter its consulate in Houston and accused its diplomats of acting illegally. A Chinese official, in turn, denounced American diplomats in Chengdu, a southwestern city, for interfering in China’s affairs.

The move by the two countries has reignited tensions between the two superpowers that have resulted in both the traditional and crypto markets, momentarily suffering a pullback due to the news. In the case of the S&P 500, it dropped from $3,280 levels to its current value of $3,220.

Since Bitcoin and Ethereum have continually proven to be highly correlated to the S&P 500, both BTC and ETH were also affected by the news. The journeys above $9,600 for Bitcoin and above $280 for Ethereum, were halted abruptly by the news.

The bullishness that had resulted from the OCC announcing that US Banks can offer crypto custody solutions to their customers, has somewhat eroded as the ‘new cold war‘ between China and the US continues to escalate. At the time of writing this, Bitcoin is trading at $9,511 and Ethereum holding its own at $272.

In a brief conclusion, only time will tell if the tensions between the US and China will persist amidst the spread of COVID19 and a very important US Presidential election in November.