The team at Weiss Crypto Ratings is of the opinion that Cardano is on a path towards building a strong community around the project. Weiss Crypto Ratings made this conclusion as the result of Cardano overtaking Bitcoin as the most held digital asset on eToro US in Q2 of 2021, as highlighted in the statement below.

Cardano overtook Bitcoin as the most held crypto on eToro in Q2 of 2021. Being a successful decentralized network isn’t just about strong technology. It’s also about building a community. Datapoints like these show ADA is on its way to building a strong community around it.

Cardano overtaking Bitcoin as the most held digital asset on eToro US was made public by the team at the latter platform through a GIF shared on Twitter; a screenshot of which can be found below. 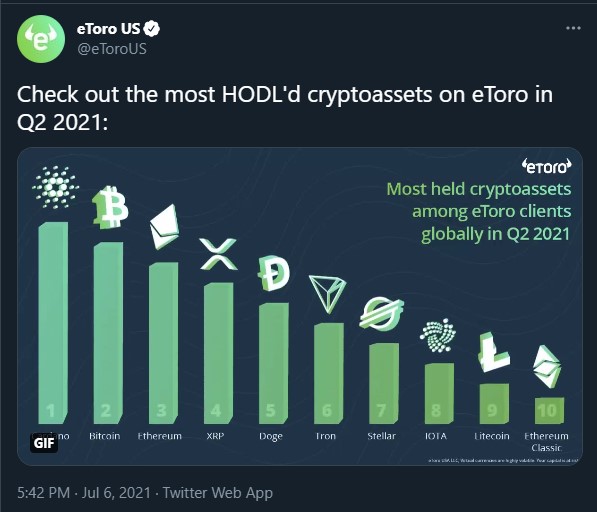 Over $31.75 Billion in ADA is currently staked on the Cardano network

Cardano’s strong global community is best exemplified by the total amount of ADA staked on the network.

According to data from Cardano PoolTool, a total of $31.52 Billion or 71.74% of ADA’s circulating supply is currently locked in staking. Additionally, the Cardano network currently has a total of 2,709 staking pools with a grand total of 687,739 ADA addresses participating in the process.

The screenshot below courtesy of the tracking website further demonstrates this fact. 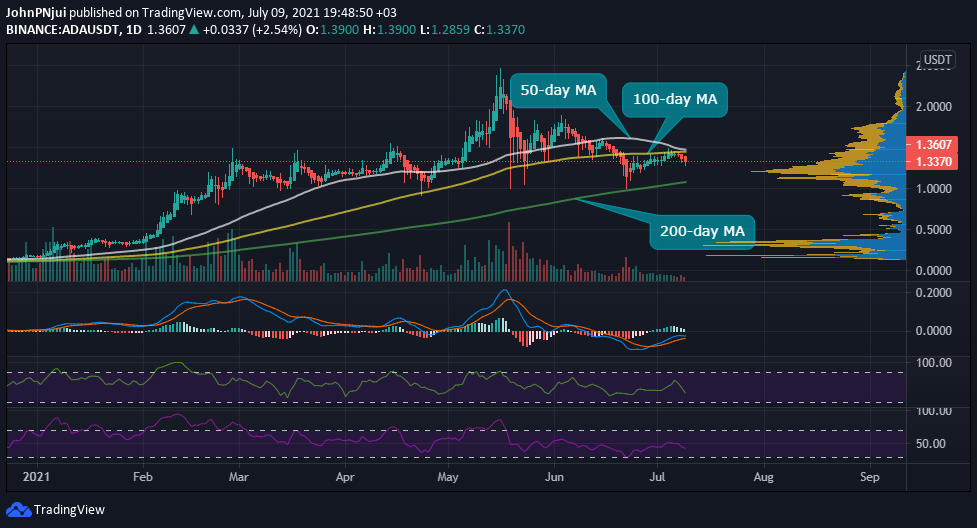 In addition, the following can be observed from the daily ADA/USDT chart above.