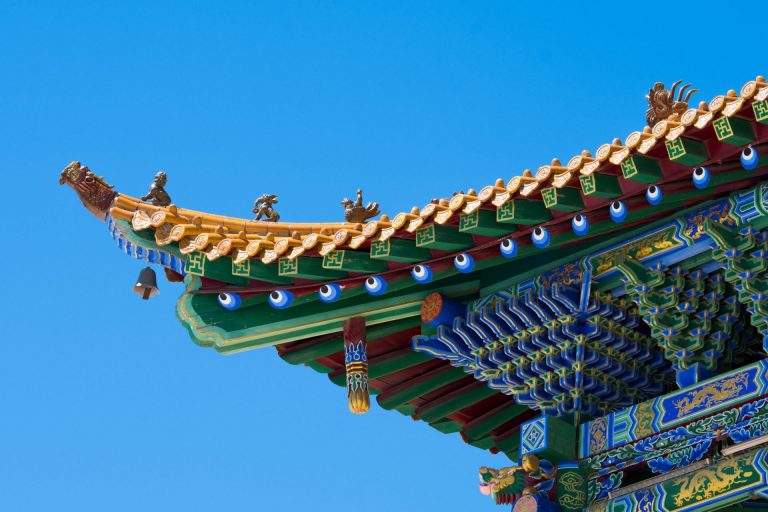 Fascinating. In a move reminiscent of 2017’s crypto bull run, a swath of altcoins have begun to see a monumental thrust upward as Bitcoin has been stagnating in the $9,000 region. Just look to the image below, which shows the top-performing cryptocurrencies over the past 24 hours. 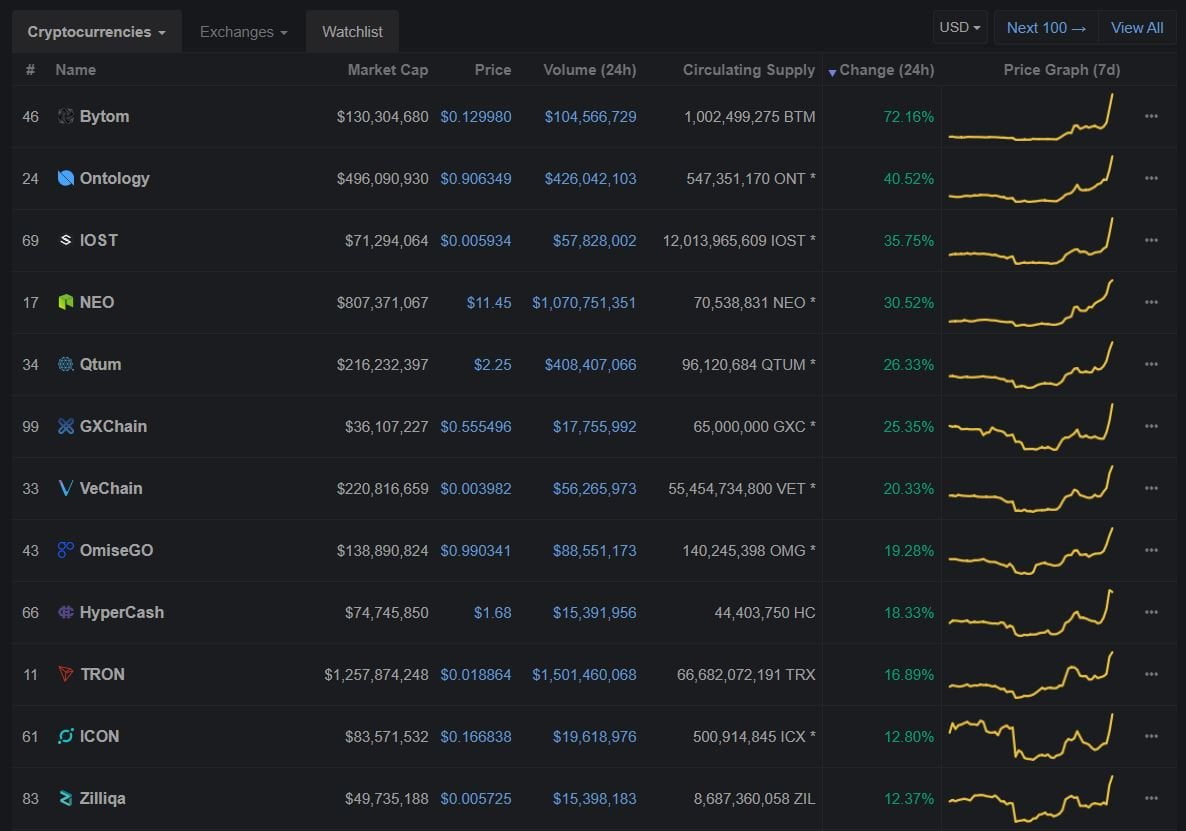 While these cryptocurrencies seem to be surging to the moon without rhyme or reason, it can be explained. To put it simply, China.

Bytom, Ontology, IOST, NEO, and so on are not projects that may make you think of the Asian nation. But, all these projects are intrinsically tied to China, with many having offices in the nation or having a focus on the region.

So, what the heck is happening?

Well, on Friday, Chinese state media outlet Xinhua revealed that China’s leader had called for the adoption of blockchain “as an important breakthrough for independent innovation of core technologies” in a meeting of the Political Bureau of the Chinese Communist Party’s Central Committee. State-run outlet Xinhua revealed that Xi lauded the potential benefits of blockchain technologies in a swath of industries, including finance, education, health care, food security, and more. Assets related to China’s blockchain and cryptocurrency seen have pumped since then, including a “blockchain concept stock” that is traded on the NASDAQ, XNET.

While this surge may be Western speculators trying to play the market, there may be some evidence to suggest that the surge that has been seen in NEO and other China-centric cryptocurrencies and blockchains can be tied to a Chinese investor base.

First off, blockchain has begun to trend on China’s internet. Analyst Cole Kennelly found that searches for the Chinese term for the word “blockchain” have literally 12xed overnight after President Xi’s statements on the technology. This is due to the mass coverage has statements have received, and the knock-on effects of corporations and local government entities starting to adopt or mention the technology.

And secondly, a large portion of the volume of cryptocurrencies pumping are from exchanges with Chinese-centric operations, according to data aggregators. For instance, 12% of NEO’s $1 billion volume figure seen in the past 24 hours has come from an exchange called BKEX, which sports Chinese characters on its website and little by the way of English resources.

$NEO volume up over 1 Billion in the past 24 hours

The Chinese altcoin fomo is real

(Personally I'm focused on stacking Bitcoin & will only use these pumps to add to Bitcoin, not looking to hold majority of alts long term – hopefully you learned this lesson)