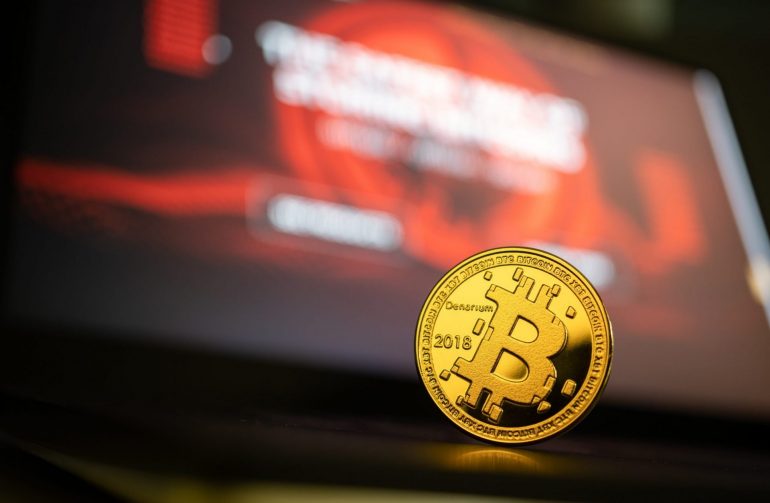 In just under 300 days, Bitcoin (BTC) will its next block reward reduction, during which the number of coins issued per each block will get cut in half. This will be the third so-called “halving” or “halvening”. While this shift in Bitcoin’s issuance schedule may seem mundane for your average HODler, this event has begun to be acknowledged by countless analysts as a catalyst for the next exponential appreciation in the Bitcoin price.

Most recently, the Bitcoin halving was overtly lauded by host Joe Kernen, a pro-crypto CNBC host that has managed to push his optimistic views on air.

Speaking to Katie Stockton, the Founder and Managing Partner of Fairlead Strategies, LLC, Kernen noted that the next halving could push Bitcoin as high at $55,000 — 478% higher than current levels. He went on to ask Stockon if she believes that such appreciation is possible.

She scoffed, questioning the lofty price target immediately. Then ensued a weird exchange between Kernen and the rest of panel, during which the pro-Bitcoin anchor decided to joke about maximalists and other terminology native to the cryptocurrency space. What a segment, that’s for sure.

It is important to note that Stockton did mention that Bitcoin has recently registered a strong breakout, seemingly adding to the bullish fuel that was boosting Kernen.

The $55,000 target is derived from a model from PlanB, a prominent industry researcher. In an extensive Medium blog post shared earlier this year, the researcher laid out a model centered around the stock-to-flow ratio (SF), which looks at assets’ above-ground stock and their inflation (flow).

As it stands, BTC currently has an SF of 25, meaning that it would take 25 years of current issuance levels to produce the current stock (17.5 million BTC). With these sums in mind, PlanB remarked that there is a “nice linear relationship” between SF and the market valuation of an asset. Thus, with the halving, which will increase the SF ratio, the model predicts that Bitcoin’s market capitalization could reach as high as $1 trillion, implying a price of $55,000 per coin.

Unfortunately, this model may not come into effect until later. Research completed by Strix Leviathan, a Seattle-based crypto startup, and first spotted by CryptoSlate indicates that halvings may not have as much of an effect on the price of Bitcoin-based assets as the hype indicates.

The analysis of data on 32 halvings across 24 crypto assets, which includes Bitcoin and Litecoin, suggests that there is no clear evidence that crypto assets that see their emission halve “outperform the broader market in the months leading up to and following a reduction in miner rewards.”