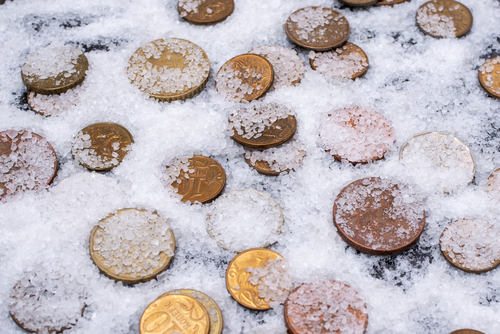 Data from on-chain metric aggregator Nomics showed that the trading volumes and activity for some 12,100 cryptocurrency coins have dwindled massively in 2022 as the digital asset industry withstands the effects of crypto winter, otherwise known as a bear market.

Nomics data highlighted that these tokens have completely halted trading or boast minuscule volumes on crypto exchanges. The service categorized these coins by analyzing trading activity over a 30-day period.

These “frozen” tokens have more than doubled in number since 2021 and rolled into the thousands compared to just under 1000 in 2019.

Indeed, a plethora of crypto coins has taken a beating in terms of asset price and market cap over the course of 2022 so far. Incidents like Terra’s failure and the contagion that spread to major crypto stakeholders like Celsius, Three Arrows Capital, and Voyager digital have seemingly replaced 2021’s bull run with the winds of another crypto winter.

In addition to a downtrend that emerged towards the end of 2021, this has all but contributed to placing thousands of tokens in limbo as the crypto winter continues to grind on. At press time, the total crypto market cap is below $1 trillion. Digital assets peaked at around $3 trillion at the height of the bull run in 2021.

Another contributing factor could be the initial coin offering (ICO) frenzy of 2018. During the bear market of that year, several projects sought to secure funding, users, and ecosystem growth by offering tokens to the public.

However, regulators like the Securities and Exchange Commission (SEC) have pursued cases against several projects that emerged around 2018 including Ian Balina with the Sparkster (SPRK) coin and Michael Ross Kane’s Hydrogen Technology to name a few.

Indeed, the broader digital asset market slump of 2022 has enlisted several industry participants to test their mettle during this year’s crypto winter. Not only have thousands of tokens ceased trading, but exchanges and companies have also announced layoffs, restructuring plans, and the likes in a bid to stay afloat through the bear market.

EWN previously reported that FTX CEO Sam Bankman-Fried gauged the size of crypto’s contagion and surmised that some third-tier exchanges could face insolvency. Shortly after Zipmex halted trading and its CEO Marcus Lim is currently under pressure from shareholders.