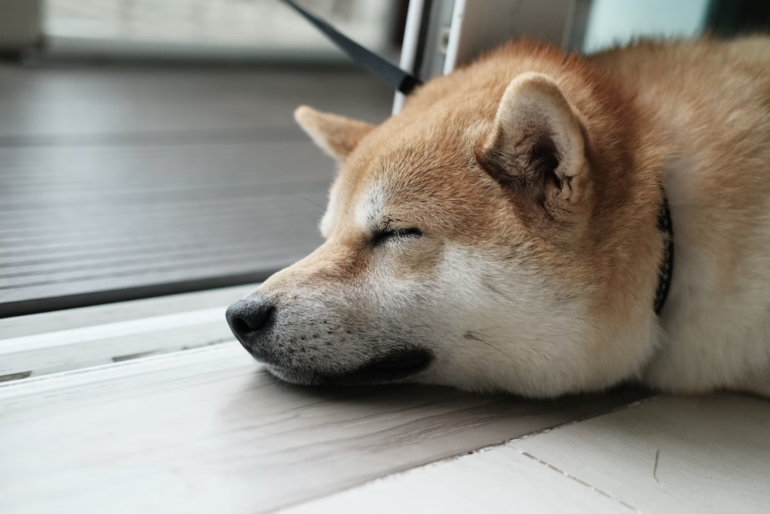 Courtesy of Elon Musk’s final acquisition of social media giant Twitter, the price of popular memecoin Dogecoin [DOGE] rallied by over 100% in the last week, data from CoinMarketCap revealed.

While DOGE’s price surged in the last few days, its trading volume declined consistently. According to data from on-chain analytics platform Santiment, DOGE’s trading volume at press time stood at $7 billion and had dropped by 63% in the past five days. This divergence between the price of an asset and its trading volume typically indicates buyers’ exhaustion which is usually followed by a price reversal.

In addition to a price/volume divergence, an assessment of DOGE’s performance on the daily chart pointed to an imminent price reversal.

At the time of press, DOGE’s Relative Strength Index (RSI)  was pegged at 79. This showed that the meme token was significantly overbought. Also indicative of this fact was DOGE’s Money Flow Index (MFI), which was spotted at a high of 76.

The positions occupied by these key indicators showed that significant DOGE accumulation had taken place in the past few weeks. This caused it to be overbought. With its RSI and MFI at such highs, a price correction downward follows, as buyers typically cannot sustain an asset’s price at that level.

Further, the dynamic line (green) of DOGE’s Chaikin Money Flow was spotted in a downtrend at 0.02. This meant that buying pressure had started to lose momentum. Should this fall below the center line to post a negative value, it would mean that sellers have taken control of the DOGE market.

Assessed on a 7-day moving average, DOGE’s MVRV ratio was 16.37% at press time. This meant that if all DOGE holders sold their coins at its current price, they would generate double the profit on their DOGE investments.

In addition to this, investors retained their positive sentiments as DOGE’s weighted sentiment posted a positive 7.117%.

With key on-chain metrics and movements on the price charts hinting at an imminent price reversal, caution is advised before any DOGE trading positions are occupied.