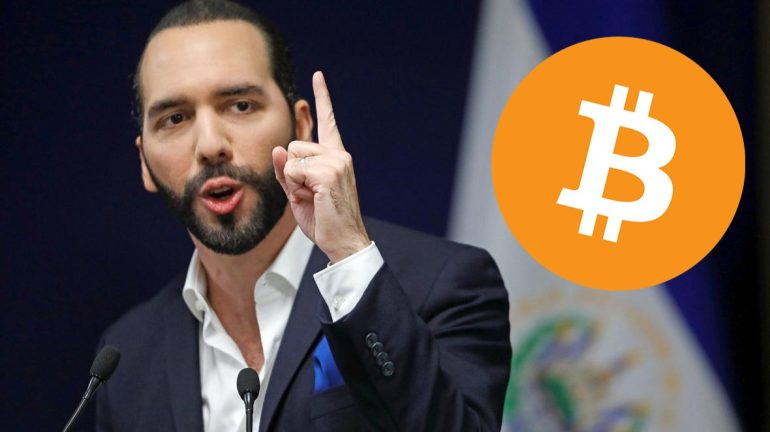 El Salvador’s President Nayib Bukele Has Purchased 80 Bitcoins At $19,000 Each

Despite the prices of Bitcoin plunging to new lows, El Salvador’s president Nayib Bukele seems to be unfazed by the ongoing bearish sentiment prevalent in the market. Bukele tweeted another Bitcoin purchase earlier today, adding that he has bought the Bitcoin dip, nearly 80 BTC for $19,000 each.

Earlier today, Bukele took to Twitter to upload an image outlining his Bitcoin purchases with a caption stating “Bitcoin is the future. Thank you for selling cheap.”

Bukele is known to be an ardent supporter of Bitcoin and cryptocurrency mechanisms and had previously declared Bitcoin a legal tender in his country in 2021. Since then, Bukele has been very determined in his stance to accumulate Bitcoin and add it to the country’s treasury.

Bukele had last purchased the dip in May when the prices of Bitcoin were hovering over $30,000. Per the reports, he had then purchased nearly 500 BTC at an average price of $30,744 each.

Despite the current market crash that has affected the prices of all major cryptocurrencies, several Twitter users had expressed mixed opinions on Bukele’s recent Bitcoin purchase. Some users came forward to laud Bukele’s efforts and his unshakable trust in Bitcoin

While others were quick to address Bukele’s decision as stupid and arrogant.

Before Bukele’s BTC purchases, MicroStrategy’s chief Michael Saylor had tweeted a new announcement, stating that his firm has bought 480 Bitcoins ($10,000,000) at an average price of $20,817 per BTC. Per the tweet, MicroStrategy approximately holds 129,699 Bitcoins acquired for $3.98 billion.

Bitcoin Prices Are Down To All New Lows

According to the data acquired from CoinGecko, the second-quarter ending on June 30, had reported the deepest drop in prices of Bitcoin till now. At the start of the quarter, the price of Bitcoin was stable around $45,000 have now dropped to $19,470 at the time of writing.

Per a latest Bloomberg report, Bitcoin has recorded it’s biggest price plunge since the third quarter of 2011, when the currency was still in its “infancy.”

However, several crypto enthusiasts are still bullish on Bitcoin adding that it will soon gain momentum and recover it’s lost pace.