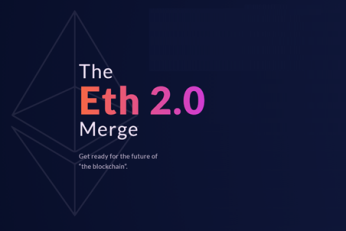 Ethereum developers released an update on Wednesday regarding important dates for the Merge, an improved bug bounty incentive, and testnet sunsets as we draw closer to ETH’s switch to Proof-of-Stake.

While the dates have slightly changed over the past few weeks, September remains a constant in the timeline for the watershed event. Wednesday’s update revealed that the Merge would happen sometime between September 10 and September 20.

As previously reported, the Merge is a two-stage process with two separate upgrades dubbed Bellatrix and Paris.

Per details from the latest announcement, the first upgrade called Bellatrix is scheduled to happen on September 6. Bellatrix will initiate when the Beacon Chain hits an epoch heigh of 144896 around 11:34 AM UTC on Tuesday.

On the same day, developers plan to close the curtains on the Kiln testnet. Notably, Kiln signaled a significant step for the Merge after the testnet successfully simulated the PoS upgrade back in March.

After the Bellatrix upgrade kicks in, the next major step is the actual Merge powered by the Paris update. The final switch would be triggered by Ethereum’s Terminal Total Difficulty (TTD) value of 58750000000000000000000 on the network’s execution layer.

Once this code is triggered successfully, Ethereum would have fully transitioned from its former Proof-of-Work consensus to Proof-of-Stake. While a definite date for the Merge remains elusive, developers said the chain should hit TTD between September 10-20.

Furthermore, the latest announcement revealed a Merge Bug Bounty Bonus. The bonus is valid until September 8 and boasts up to 1 million in USD for critical bugs and vulnerabilities.