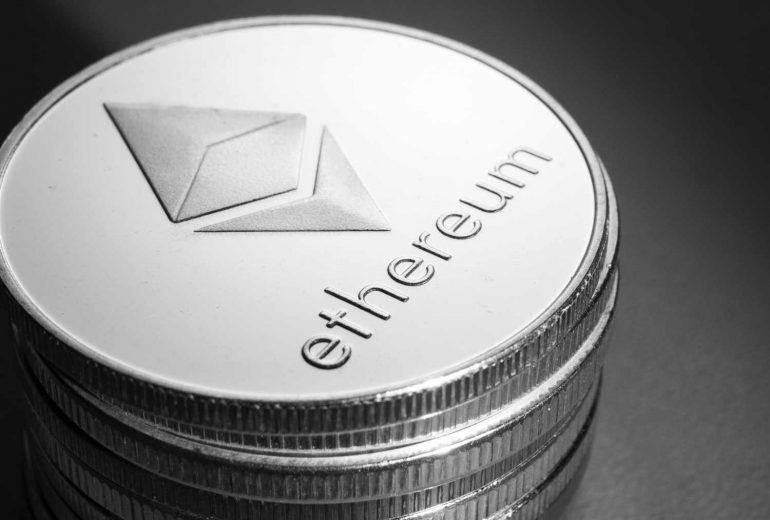 The founder of Space X and CEO of Tesla, Elon Musk, has revealed that he personally owns Ethereum, Bitcoin and Dogecoin. Mr. Musk informed the crypto community that he owned the three digital assets during ‘The ₿ Word’ virtual Bitcoin conference that was attended by Jack Dorsey, Cathie Wood, Elon Musk and moderated by Square’s Steve Lee.

Elon’s full statement on owning Ethereum, Bitcoin and Dogecoin can be found below.

I do own Bitcoin, and Tesla owns Bitcoin.

And I do personally own a bit of Ethereum and Dogecoin of course.

Elon Did Not Provide an Exact Amount of His Holdings of Bitcoin, Ethereum and Dogecoin

Elon Musk did not however provide an exact number of how much Bitcoin, Ethereum and Dogecoin he holds. He simply gave the following statement providing a hierarchy of his holdings.

The three things I own outside Space X and Tesla…obviously is Neuralink and boring company…but of any significance are Bitcoin by far, and then some Ethereum and some Doge.

To note is that Elon Musk’s statement revealing that he owns Ethereum had a positive effect on the value of ETH. A few hours before the ‘The ₿ Word’ Bitcoin virtual conference went live, Ethereum was trading at the $1,800 support.

Ethereum would then go on to post a five-day high of $2,035 as soon as the event was underway and Elon disclosed his crypto holdings.

At the time of writing, Ethereum is trading at $1,991 as it attempts to fully reclaim the $2k price area as support.

In terms of short-term resistances, the 200-day moving average could be a tough area for Ethereum as highlighted in the following daily ETH/USDT chart. This moving average is providing a considerable amount of resistance around the $2,080 price area. 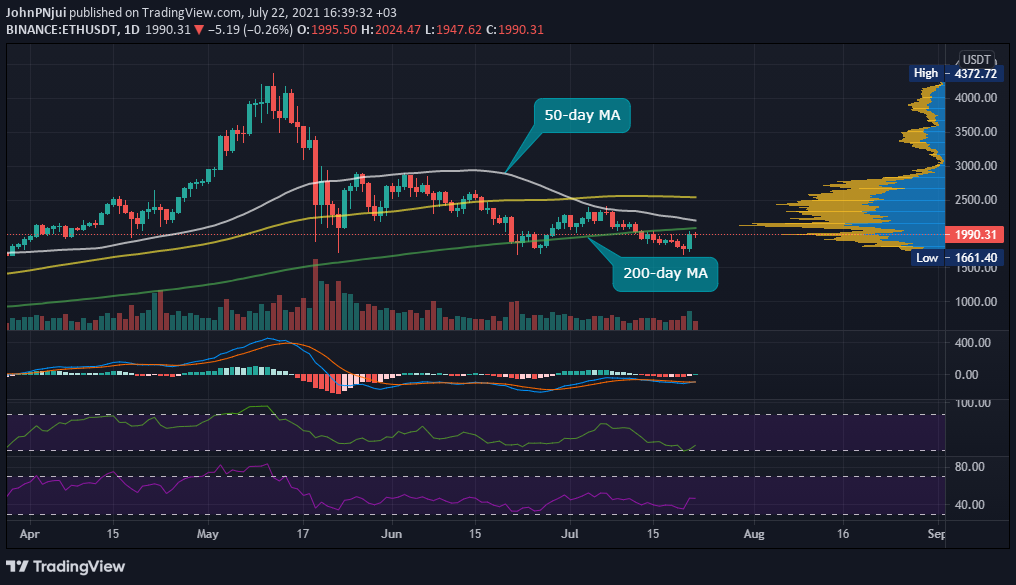 In addition, the following can be observed from the daily ETH/USDT chart above.

Consequently, caution is advised when trading Ethereum due to the mixed environment of a bearish death cross, and a bullish reversal due to the aforementioned indicators, and Elon Musk disclosing that he owns ETH.