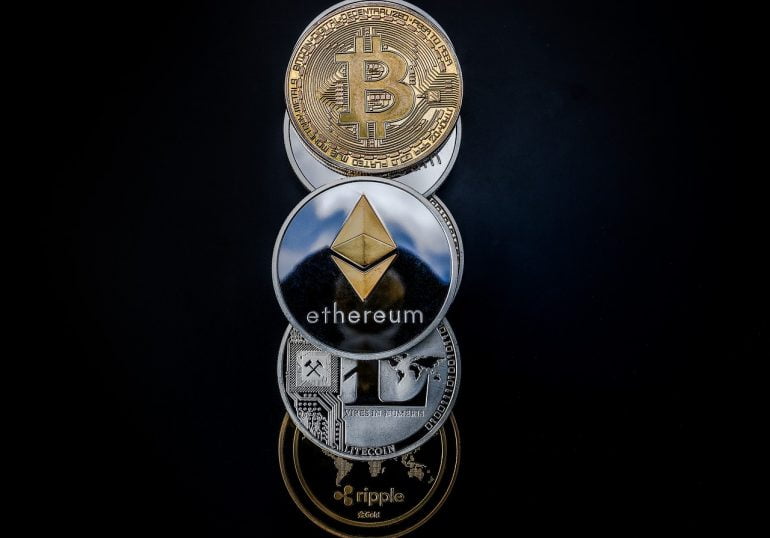 Ethereum Dropping to $1,800 is Probable With a Rising BTC – Report

A rise in Bitcoin’s dominance could cause Ethereum to lose several support zones and head to the $1,800 price area. This is according to an analysis by the team at Crypterium research who cautioned that Ethereum might have entered a downtrend as a result of its ongoing sideways movement. They explained:

ETH price fell 6% this time. The current cryptocurrency chart still looks pretty weak, especially against the backdrop of the rise in bitcoin.

There is a possibility that Ethereum has formed a downtrend in this sideways movement. If the buyer fails to maintain the $2,200 level, then the chart may drop all the way to $ 1,800. We consider the current alignment to be the most probable at the moment.

Bitcoin’s Dominance Is Rising on the Weekly Chart

A quick glance at the weekly Bitcoin dominance chart reveals that BTC is slowly headed towards 50% dominance of the crypto markets, at its current level of 45.87%.

The chart below, further demonstrates how Bitcoin’s dominance is currently mimicking the first half of 2018 when the crypto markets started to correct hard as S. Korea, Japan and China, started to muse on regulating BTC and crypto trading. 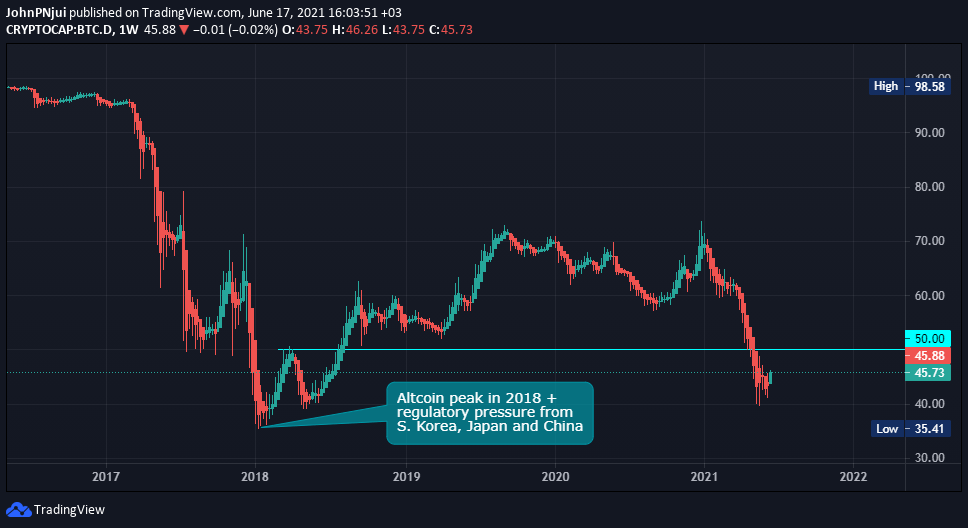 At the time of writing, Ethereum is trading at $2,387 and is close to equaling yesterday’s lows of $2,351. The latter price area was the result of both the crypto and traditional markets being negatively affected by plans by the US Federal Reserve, to raise interest rates twice in 2023 due to ongoing inflation.

The weakness currently exhibited by Ethereum could ultimately lead to ETH retesting its $2k support. If this price area fails to hold, the aforementioned $1,800 is the next logical area of support for Ethereum.